You could easily buy your own binary clock or watch, but is that really in the spirit of such a timepiece? One could easily argue that a purchased binary watch just isn’t quite geeky enough. If you want to show your real geek cred, you’ve got to bust out some tools and make your own. 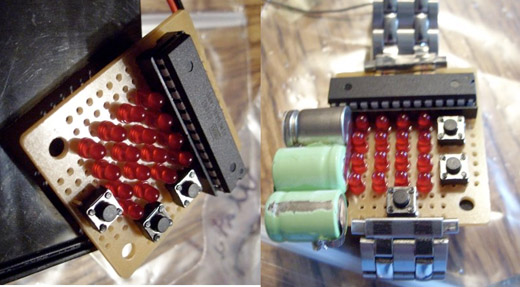 Ari’s hulking watch began life as a simple binary pocket watch, but at the urgings of the BenHeck.com forum community, he turned it into a wrist watch–something he had considered from the beginning. Not many watches are attached to a huge battery pack, but that’s okay. It’s one of the modern equivalents of the pocket protector, only heavier and more awesome. 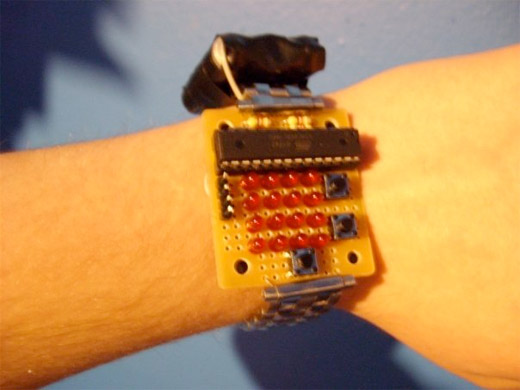 Eventually, the watch will even have a USB charging cable, to keep it juiced in the only acceptable way.