Ihome Ip1 Speaker System is Both Tubular and Flat-Ular

The latest and greatest iPod/iPhone compatible speaker system from iHome is here, and it sure looks iGood. 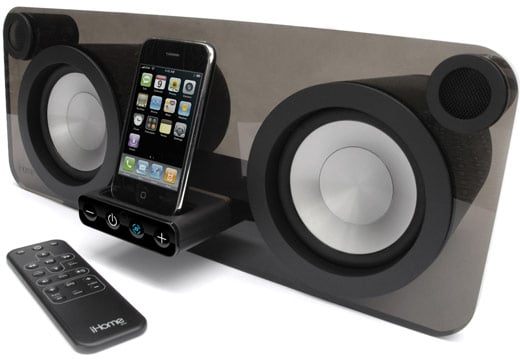 The iHome iP1 features a striking industrial design with two oversize cylindrical woofer chambers, poking through a sleek smoked acrylic faceplate which also houses a pair of high frequency drivers. An iPod/iPhone combo dock protrudes from the front of the acrylic panel, and the included remote lets you control all of the basic iPod features from across the room. 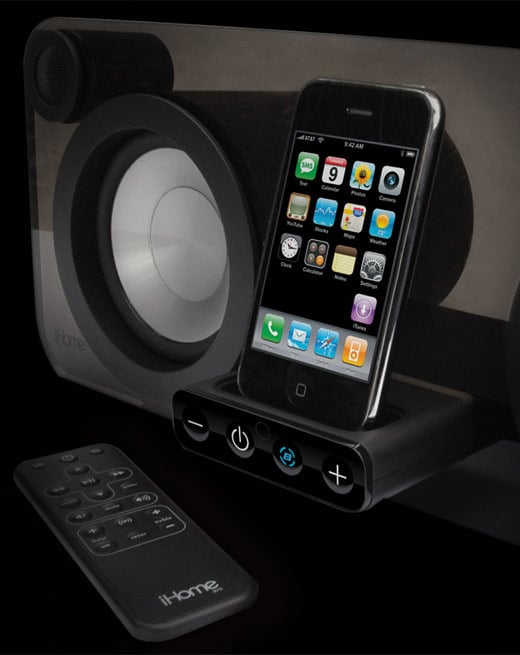 But the iP1 doesn’t rest its laurels on good looks. The system gets its audio chops by packing in BonGiovi Digital Power Station (no not that Bon Jovi) processing, which iHome claims provides the iP1 with serious sound in a compact package. The iP1 is powered by a 100-watt class D amplifier, and a pair of 4″ woofers and 1″ domed tweeters — plenty of power to annoy your neighbors when you crank it up to 11.

No price or release date was announced yet, but iHome expects to ship the iP1 soon.