With a name like Planet Pachinko, you might expect this game, which is set for release next week in the U.S. on WiiWare, the Nintendo Wii’s marketplace for original games, to actually be a pachinko game. But no, Planet Pachinko is not a pachinko game: it’s actually a platform/shooter that takes place inside a pachinko machine. So much for truth in nomenclature! 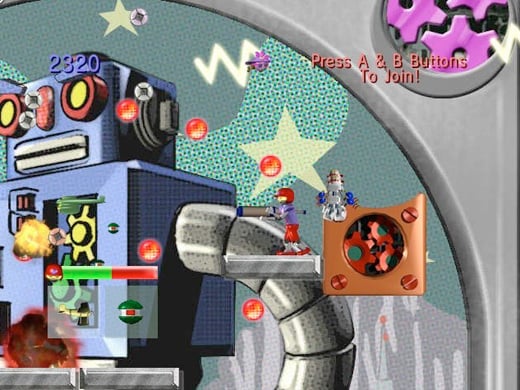 Pachinko machines, of course, are the wildly popular Japanese slots-style games, except they’re everywhere and even more addictive. This particular pachinko machine is home a robot family… and a lot of dungeons. Ah, the pitfalls of gambling.

Planet Pachinko will debut on WiiWare next Monday for the price of 500 Nintendo points, which is the equivalent of five dollars.