Do you remember the urine filtering machine that Kevin Costner used in Waterworld? Do you remember Waterworld? What was I talking about again? Oh yes, batteries. Aqua Power System has developed batteries that can be recharged using fluids such as beer, apple juice, cola, saliva and urine. 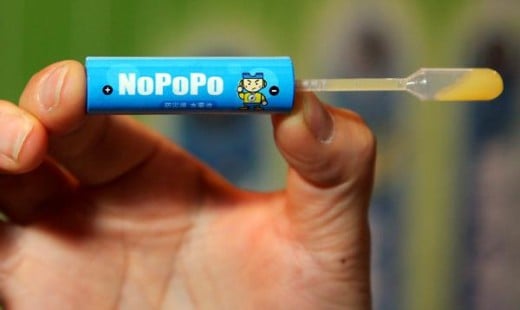 Aqua Power System is of course a Japanese company. They call their leaktastic invention NoPoPo, short for No Policeman don’t arrest me I’m Powering my batteries. Actually it’s Non-Pollution Power. Both sound stupid but mine is funnier. Inside each NoPoPo battery is a combination of magnesium and carbon that generate electricity when mixed with certain fluids. The batteries come with a pipette so you can inject fluids into the battery. 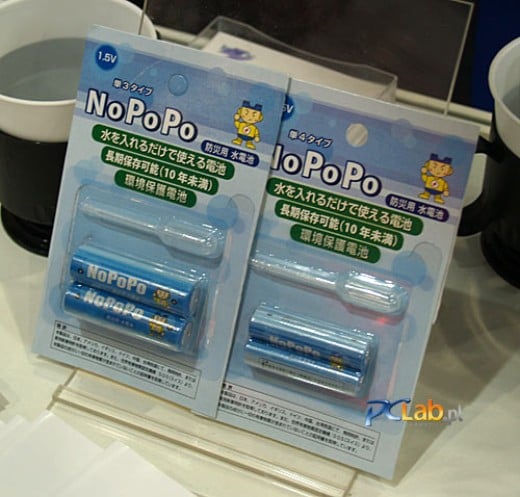 According to James Sherwood of Register Hardware, the life span of an AA alkaline battery falls between 1700 and 3000 mAh (milliamp-hours), while an AA NoPoPo battery lasts only up to 500 mAh. But Sherwood also says that existing zinc-carbon batteries have the same life span as the NoPoPos, so we’re not looking at some blue sky technology here. I do hope they refine and extend the technology so that it can power larger devices such as phones and PMPs. Would you buy an iPee?

Ready to whiz in your batteries? You can grab a pair over at HimeyaShop for $15 (USD).

Ska Dreams (Are Made of This)