Let it be known that I am not the one responsible for that analogy. Battery Geek Inc., makers of said battery pack, are to be commended for such an exquisite and refreshing figure of speech. 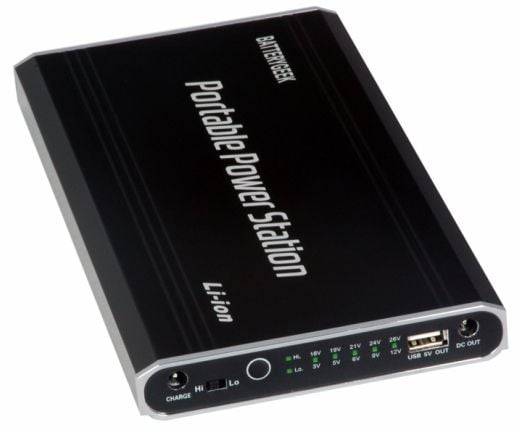 The SPPS 200 can power PC laptops for 20-30 hours, while MacBooks owners can expect 16 hours of extra runtime. BMW of runtimes if you ask me.

And that’s not all: As you may have guessed from the picture, you can adjust the output voltage of the PPS so that aside from giving your laptop the BMW of battery lives, it can also power and recharge your cellphone, your PDA, your PSP, your iPhone, your iPod and other mp3 players.

And that’s not all: You don’t even need to bring the chargers for any of those devices because the PPS comes with adapters that will fit with your gadget. You can check out the link to Battery Geek below for the BMW of supported laptops and mobile devices. And that’s not all: while Macbooks are supported, Battery Geek charges an extra $20 for the Macbook/Macbook Pro adapter. G4 and Powerbook adapters are already included with the PPS. 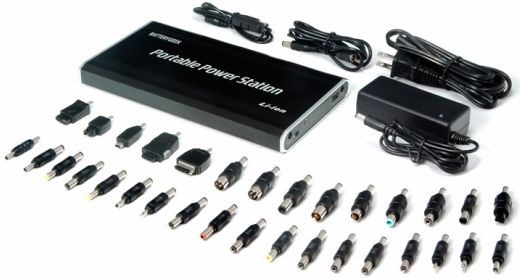 And that’s not all: The PPS weighs only 4.4 lbs. and is just over an inch thick. What’s the catch? The BMW M6 of battery pack prices, of course. The list price of the SPPS 200 is $800 (USD). Fortunately, you can buy it straight from Battery Geek for the BMW of discounted prices of $500. And that’s not all: when you buy the SPPS 200, you’ll get the BMW of freebies, a free leather & canvas travel case.

And that’s not all: Here are the BMWs of introductory videos for battery packs:

Now you know the BMWs and the BMW M6s of the tech world. Next time we’ll take a look at the Scot Pollard of rap.

Update: a couple of commenters have pointed out that the spps200 may in fact be the Ford Edsel of battery packs. Apparently Battery Geek also has poor service. Caveat emptor.