Since the New Xbox Experience launched in late November of last year, the Xbox Live Community Games service has been building up a selection of indie titles, though none is quite so weirdly named as Craig Forrester’s Johnny Platform’s Biscuit Romp. 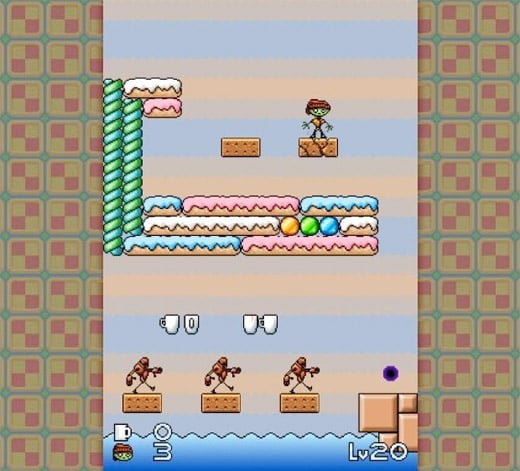 The spindly-fingered titular hero faces 55 levels of puzzle-filled platforming through a sugary land filled with hazards, but don’t worry–there’s plenty of coffee along his path. Oh, and there are robots. Evil robots. If that sounds odd, well, the game’s origins may be odder still; Johnny Platform’s Biscuit Romp began life as a humble DS homebrew title. The Community Games title has kept the vertical orientation that worked to move gameplay across the DS’s two screens.

Johnny Platform’s Biscuit Romp is available now on the Xbox Live Community Games service for a mere 200 Microsoft Points, and there’s even a demo so you can try before you buy.