CES ’09 is in full swing, and one of the products on display at the show is Powermat Ltd.’s Powermat. The Powermat isn’t a phone or a big screen TV; it’s just a charger. But what makes it stand out is that it charges devices wirelessly; the largest model can even accommodate 4 devices at once. The company also claims that devices will be charged as fast (or as slow) as they would if they were plugged. 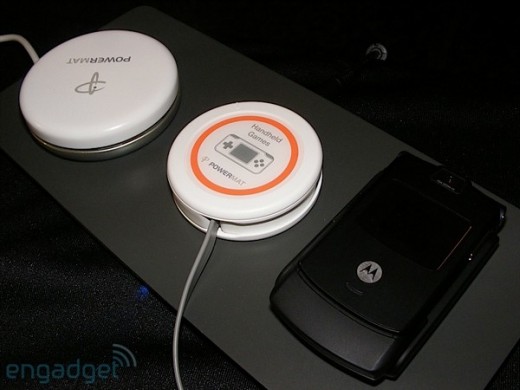 Most of the pics here are from Engadget’s hands-on with the Powermat; here’s one pic that displays a FAIL: 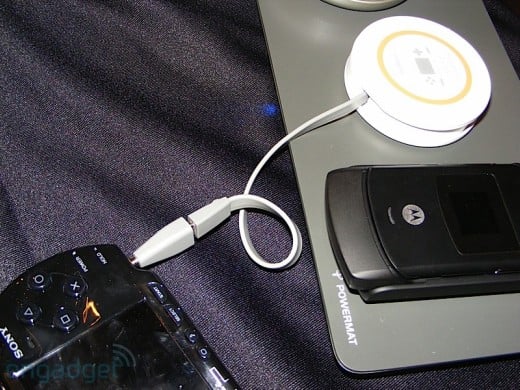 I believe that is what we call a wire, Mr. Powermat Wireless Charger. That dock has to be replaced by a case for the PSP, like the one that’s on the Motorola. 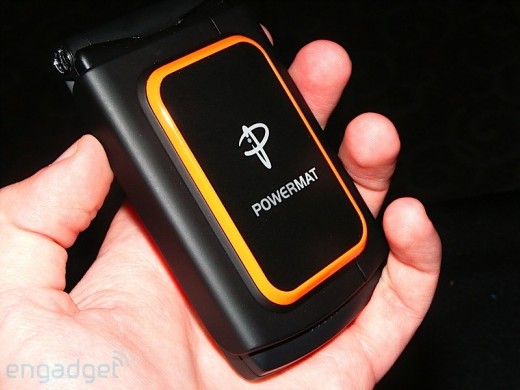 Tech Digest’s Daniel Sung suspects that the Powermat could be operated by witchcraft. He says, “We heard about it a few weeks back but no matter how many times you say magnetic induction it just sounds too good to be true.” Guess what Daniel Sung, your ears need cleaning, but your sixth sense is on the money: 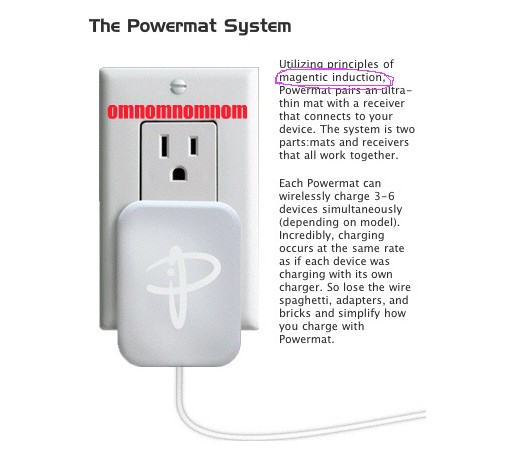 The principles of Magentic Induction are at work, that’s the simplest and most acceptable explanation. That’s from the introduction on Powermat’s website. That’s not edited. Well except for the nomnoms.

Powermat promises to provide more versions of their charger, such as ones that include USB ports. More cases and receivers – these are attached to the gadgets to be charged to enable the wireless charging, as well as tell the Powermat how much electricity to provide and when the gadget is fully charged – that will be compatible with a large number of devices will also be released this year.