Nintendo’s first money printing machine was Super Mario Bros., which sold 40 million units. What kind of game do you think could top that? A Zelda game? Pokemon? Another Mario game?  It’s none of the above, because a certain bundled game called Wii Sports has now sold at least 42 million copies. 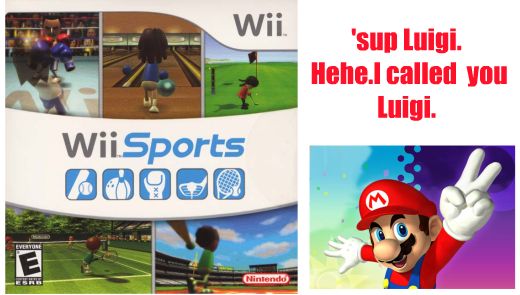 According to VGChartz, Wii Sportz achieved that in just over 2 years thanks to Nintendo’z marketing skillz. With over 45 million Wii consoles sold, Nintendo’s bundling of Wii Sports ensured that almost every customer who owns a Wii also has a copy of the game. VGChartz alzo remindz us that the game wasn’t given away for free with every purchase of the console: Wii Sports was offered alongside the Wii, same as Super Mario Bros. was offered with the NES.

If you want to check out the other 8 runners-up in the top 10 best selling games of all time, check out the original VGChartz article. For those too lazy to read the whole thing, here’s the summary: to have a game in the top 10 your company’s name must be “Nintendo”, and you must have bundled your video game with a console at some point. Nintendo + Bundling = $$$$. It’s that simple.