I saw this comic strip where everything that the characters needed for camping – pots, pans, tents, sleeping bags, bonfire, even a fridge – was tucked inside a swiss knife. It’s funny, sure, but it would really be neat if there were Swiss knives like that, ala Dragonball‘s capsules. Victorinox‘ Presentation Pro doesn’t have a fridge in it, but it does have Bluetooth and a flash disk with fingerprint authentication. 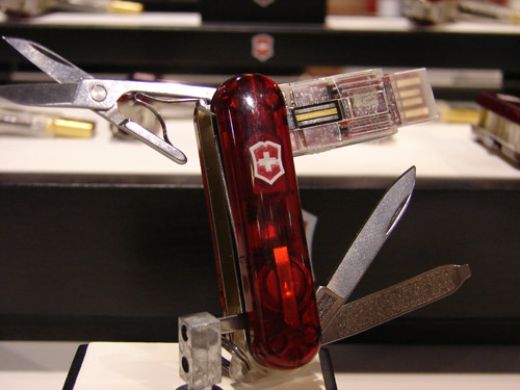 There are three available flash disk capacities: 8 GB, 16 GB and 32 GB. Data stored in the Pro’s disk will be protected by 256-bit hardware encryption. Aside from the boring scissors, nail file, screwdriver, knife and key ring, the Presentation Pro also has a laser pointer and two buttons for “navigating slide shows.” Just what you need for those emergency Powerpoint shows in the garage or out in the jungle. Or wherever it is that adventurer handymen hangout. 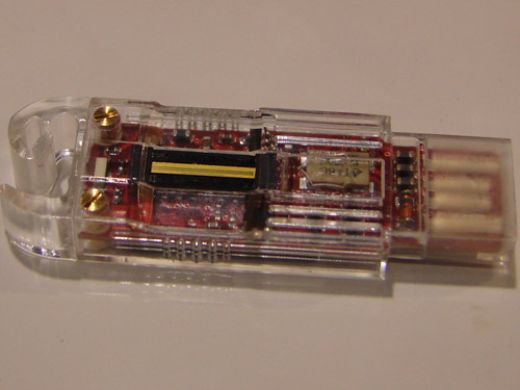 Seriously though this is some sweet stuff. The Bluetooth is said to have a range of 100 feet. The flash disk also comes with software for things like backup and Outlook syncing. As you can see it’s detachable, very practical. We can see that Victorinox, who are celebrating their 125th anniversary this year, are keeping up with the times and are not just cramming random stuff into their army knives. Ben Heck would probably find this useful. Or not. I heard he uses ninjutsu to come up with his mods. 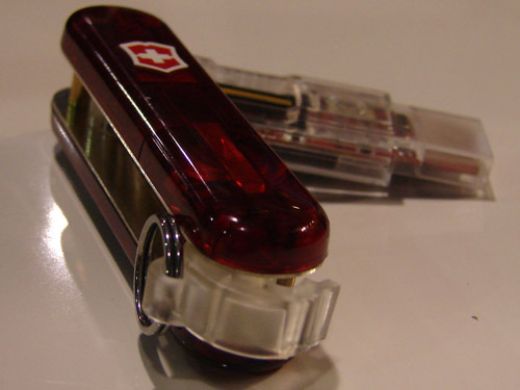 Prices for the Presentation Pro will range from $170 to $335 (USD), depending on specs. There’s also a Flight variant that doesn’t have the scissors and the knife so it won’t be confiscated at airports. I want a Camping variant.