Rock-Paper-Scissors-Lizard-Spock: Game of the Year on a Shirt

I’ve always wondered how Paper beats Rock. So what if it covers Rock? That’s not the same as being cut or crushed. Cafepress ups the confusion but in the process has created the Game of the Year, nay, the game of the 23rd century. 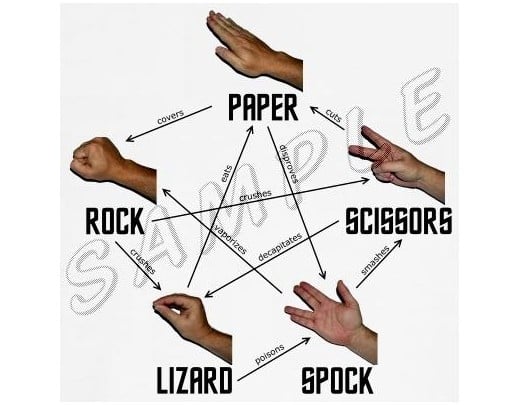 Paper disproves Spock. Disproves. Why the hell is Paper so powerful? Notice also that Spock can only vaporize Rock. My nose is bleeding. This game is awesome. 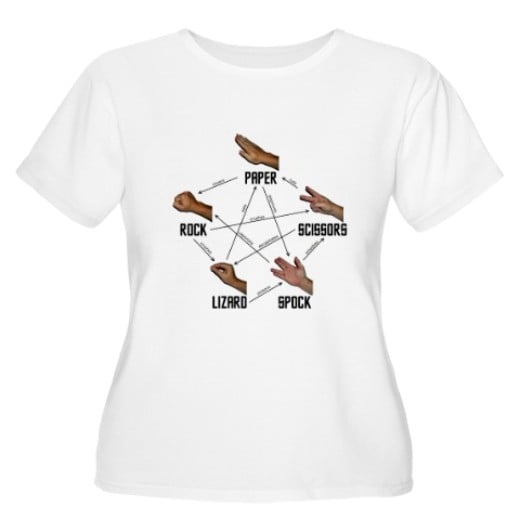