If you ever thought Mickey Mouse would be infinitely cooler if only he could transform into some sort of vehicular transport (and fight the Decepticons), then your dream is about to be realized with this Transformer Mickey. 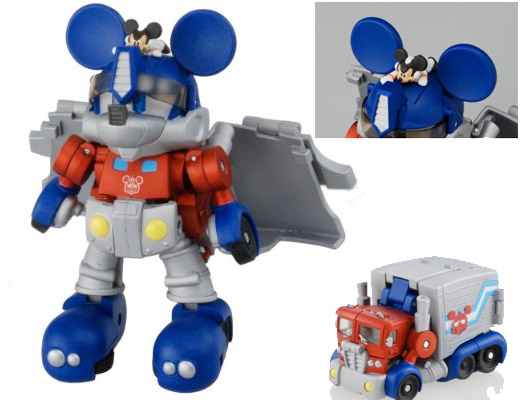 I never knew something could look so innocently badass. Surely the world is spinning toward an explosive end now that we’ve seen a merger between Mickey Mouse and the Transformers. TransMickey (not the figure’s name, and thank goodness for that) comes in two flavors: the above, and a more monochromatic version, both of which will be out in the next few months in Japan. 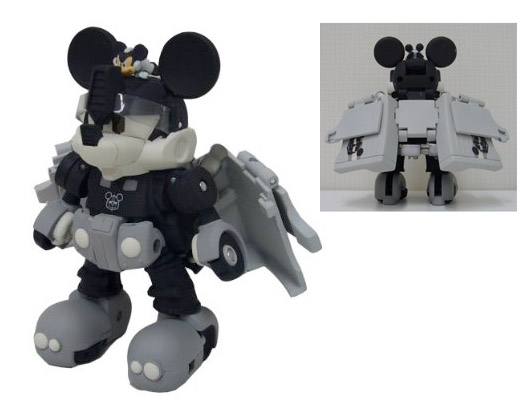 As interesting an idea as the mashup may be, potential customers rating the forthcoming toys seem less than impressed with the idea. When something may be a little too strange for Japan, it might be time to step back and re-evaluate the idea.