Wireless connectivity is the bees’ knees. In most cases however, you have to give up some of your connection speed for the convenience and neatness of being wireless. Sometimes it’s the router’s fault, but I think you’ll agree with me that the built-in receiver/transmitter in most computers, especially the ones in laptops, could be better. If you frequently rely on wireless connectivity then you will love the Wi-Fire. 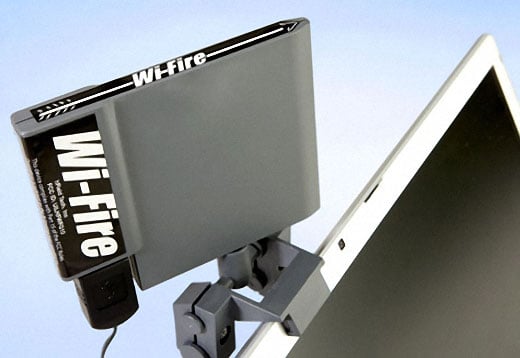 The Wi-Fire is a USB device that boosts WiFi signals. It uses a directional antenna, a powerful receiver along with proprietary software to enable a computer to detect and access wireless sources up to 1000 ft. away. I haven’t personally seen the Wi-Fire at work, so I’ll let the experts from Maximum PC do the talking: “Our jaws really dropped as we moved the notebook ever further away: 350 feet from the router, with the signal passing through an insulated, double-thick interior wall and a steel garage door, the Wi-Fire delivered TCP throughput of 14.5Mb/s.” 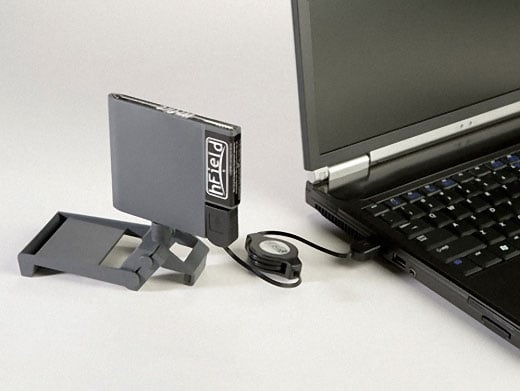 Dr. Macenstein even said that the Wi-Fire works even better than advertised, giving him not 3 times but 5 times the normal range of his G4 Powerbook. 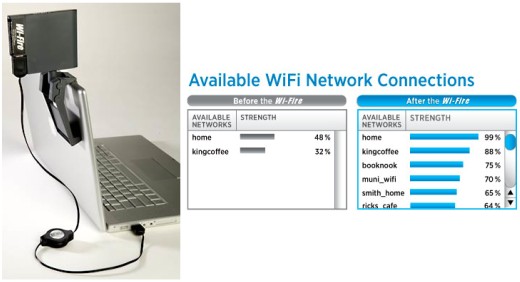 The Wi-Fire works with the three major operating systems. It has a retractable cable for portability and easy storage. The Wi-Fire is sold at hField Technologies’ store for only $79 USD.

It does have it’s flaws though, like its size and the boring design. It also only supports 802.11b and g, so you won’t be able to run at 802.11n speeds. Dr. Macenstein also said that when you attach the device on your computer using the clip, “a slight breeze will send the Wi-Fire toppling, as the “clip” aspect of the stand is pretty much useless”. But overall, I think the Wi-Fire is a really neat gadget. I really hope it’s being sold here; the free internet signal boost will be a lot of help.