There’s been a lot of fuss over the years about the educational content of games, and more recently, as the definition of “gamer” expands and systems like the Nintendo DS are showing up in schools all over the world. But we don’t often hear about the educational potential of regular games. Y’know, the kind we play for fun only and not as fun-hidden-in-brain-exercise. But a recent study at the University of Oregon has revealed that playing the long-running Madden series of football games actually makes you smarter… about football. 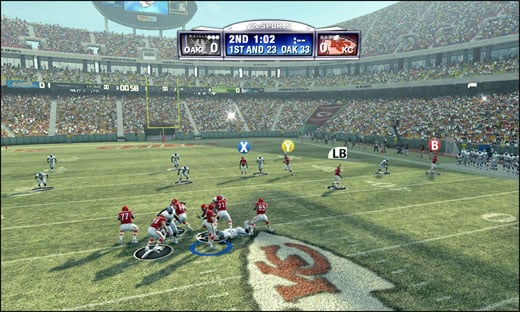 Researchers tested Madden players and regular football fans with a series of questions about the sport, and Madden players consistently put up a higher rate of correct answers. The more you play, too, the more you know; a direct correlation was discovered between the amount of time you play Madden and the amount you know about the game of football.

When you think about it, it makes sense. Most Madden players aren’t just sitting on the sofa, watching and yelling about bad calls and following trades between teams. They’ve got to know the ins and outs of strategy and performance if they want to play to win. But it’s nice to know we can brush up on sports trivia without resorting to sitting around with a book on the subject.