The LEGO series of video games has popularized a whole new side of the brickish culture by focusing on things that look like they’re made of LEGO but which really aren’t. There’s really only one way to counteract this sort of tomfoolery: actually doing those scenes, settings, and characters over in real Lego bricks. That’ll show ’em. 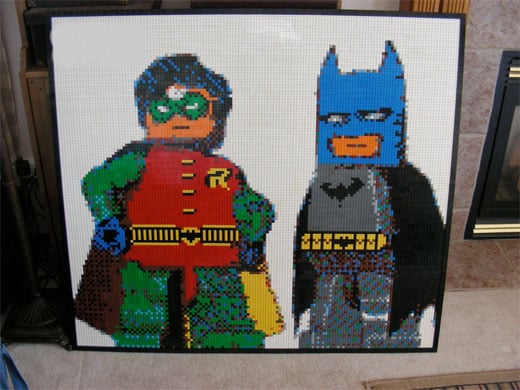 LEGO enthusiast Dave, who puts his work on Flickr under BrickWares, made this mosaic for his son’s birthday. It features Batman and Robin, as you probably figured out, in their blocky personas from LEGO Batman. There’s just something satisfying about seeing the characters made from actual LEGOs.

When asked, Dave indicated that this completed mosaic probably cost about $500 to put together. That’s a lot of LEGOs! Perhaps more importantly, that’s a whole lot of time. It’s not his first, either; you can see more of Dave’s mosaics on his Flickr account.