Chocomiis, for the Wii Lover’S Valentine

Nothing says love like biting into a chocolate rendering of your significant other! Paul Pape Design’s Chocomiis took geek Valentine’s Day by storm last year, though they had no real name and apparently no real boxes, but now the Wii avatar chocolates are attempting to make a comeback.

For those who missed them last year, Chocomiis are just chocolate replicas of Nintendo Wii avatars, set in a base that resembles the shape of the console. Each figure is a full two ounces of white, milk, or dark chocolate and comes with a little candy heart affixed to their chests. You can pick up a pair–in any combination of genders–for $19.95. Unfortunately, the press release is so full of the changes made from last year that there’s no mention of how the Mii design is to be transferred to them! 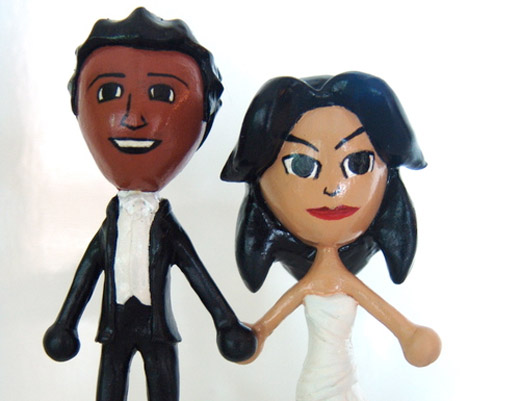 Luckily, Paul Pape Designs also makes Mii models and wedding cake toppers, and so the instructions about shooting pictures of your Miis are elsewhere on their site.