Capcom really thinks Resident Evil fans are willing to spend a lot of money. First, they announced the $90 Collector’s Edition of Resident Evil 5, a megabox packed with all sorts of essentials, like a necklace, a patch, and a figurine. Oh, and the game, of course. But if that’s not enough Resident Evil goodness for you, take heart: word on the street is that there’s an even bigger bundle coming: a bundle with a limited edition red Xbox 360 console. 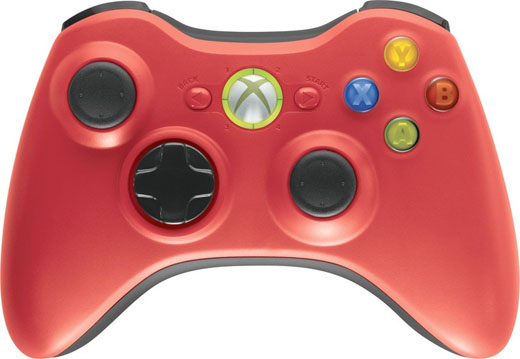 It will probably look a lot like this, except that there will be a console somewhere, too. Or maybe the set will feature a darker, bloodier sort of red. Either way, the infamous Red Ring of Death will look really nice on your new Xbox 360!

Better than this bundle? Some would say so, while others would prefer that messenger bag. Odds are you already have an Xbox if you’re scoping out Resident Evil 5, after all. Of course, it’s probably not red. 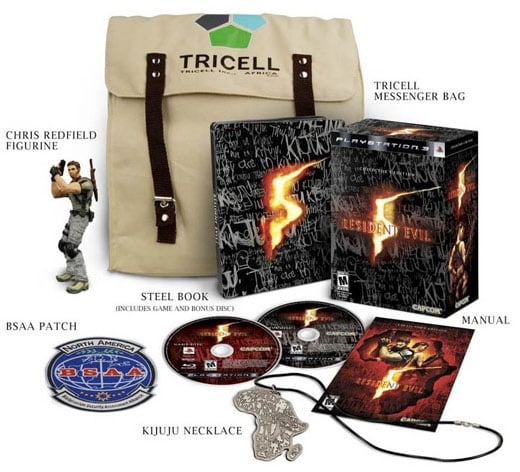 If it pans out, the rumored console bundle will include a copy of Resident Evil 5, a red Xbox 360 console, a single matching controller, an exclusive Resident Evil 5 theme for the New Xbox Experience, and a coupon inviting purchasers to download Super Street Fighter II Turbo HD Remix to that sweet new ‘Box for free. Resident Evil 5 is set for release in March, and you’ll even be able to buy just the game if you’re not in the market for a bunch of extra stuff.