Thug Tech: Throw Up Some Data With These Gang Sign Flash Disks

I can’t decide whether these things are awesomely offensive or offensively awesome. Imm Living‘s east and west Hand Sign USB flash disks lets people flaunt their allegiance even if your only territory is a 5 x 5 cubicle.

The picture above makes for a great wallpaper. The larger version anyway. I really don’t know what to say. Here’s another shot: 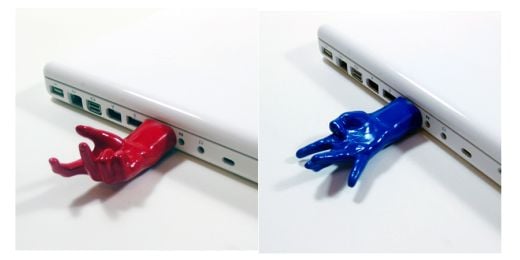 There are two other hand signs, Change and Rock Out. Should’ve written about them instead.