The first Final Fantasy: Crystal Chronicles (for the GameCube) made use of the Game Boy Advance as a controller and 2nd screen. While it was a good idea on paper, in reality the feature was a shackle: multiplayer was only possible if every player had a Game Boy Advance to use as a controller. No GBA, no multiplayer.  Square Enix are giving this cross-platform mashup another shot, and this time they have a much better idea: Let Wii players play with people who have a DS version of the game. 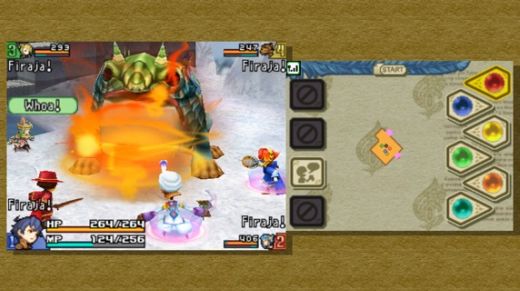 GayGamer has quoted Squeenix, saying that they promise “seamless, hassle-free in-game switch from single to multiplayer mode”, and that the switch from solo to mutiplayer can be done at anytime. The screenshot above is from the Wii version of the game. This one is from the DS version: 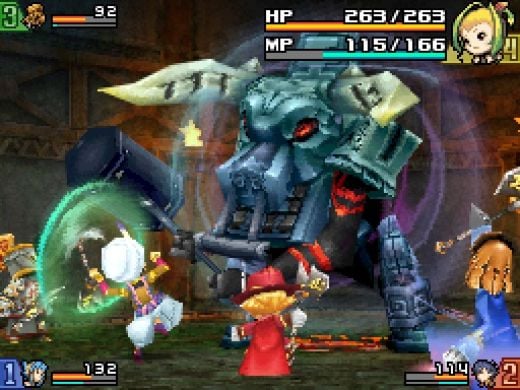 Squeenix didn’t exactly go into the details of the multiplayer, but GayGamer’s Wootini thinks it’ll probably make use of Nintendo’s stupid friend codes. Let’s hope not.

What I want to know is if multiplayer on a single Wii console is possible, because even though the DS actually has its own version of the game insteaed of being a mere controller, this setup is still quite expensive, especially if you and your friends don’t have either platform. I guess in Japan shooting stars are more common than people who have no Wii or DS.