Afro Samurai is weird. On one hand, it’s laden with cliches. Bad guy kills father, son becomes a brooding, killer line spewing killing machine bent on revenge. Severed heads and limbs and blood fly. On the other hand, the hero is a black samurai in a futuristic-feudal Japan whose nemesis is for all intents and purposes a charming undead cowboy. Monks with robots and guns and prosthetic arms join the fun. Throw in names like Ron Perlman, Kelly Hu, and Samuel L. Jackson and Wu-Tang Clan’s RZA and I don’t know what we’re looking at anymore. Except that it’s awesome, and that the video game versions are already on sale. 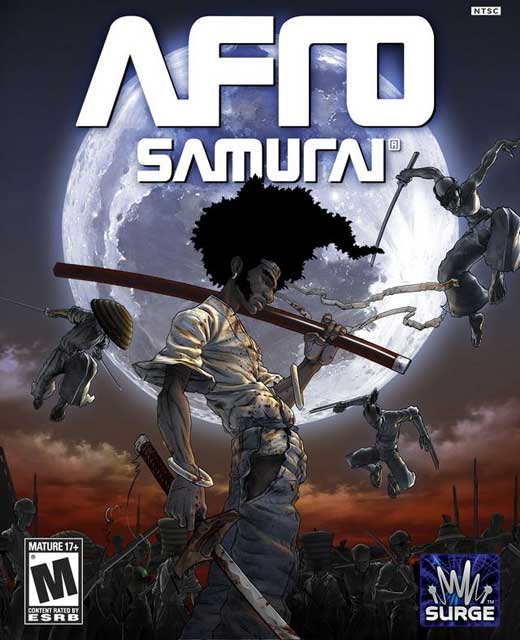 The video game uses a cross hatching system for the graphics, giving it a hand-drawn look. Another feature to watch out for is the way enemies are hacked to pieces. Gamespot’s preview of the game said that instead of preset animations, the gore is more WYSIWYG. So you’ll have customized corpses, depending on where Afro’s sword meets the enemies’ flesh as well as the angle of the cut. 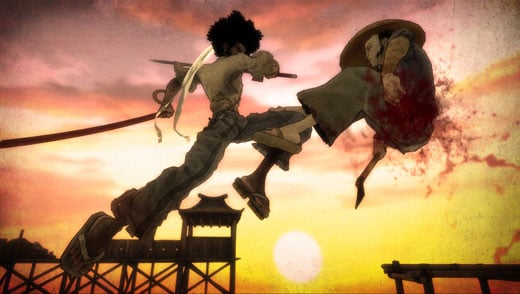 Gamespot also says that Afro’s combat moves have three main components: ground moves, aerial moves, and terrain, which is basically a way of saying that Afro can use his surroundings to turn enemies into Royale with Cheese.

In keeping with the stylized cartoon look, the game has no heads-up display; as Afro gets damaged, the screen becomes blurry and colors will fade. And if Afro is dishing damage, the visuals will become more focused. Ironically, the only way for Afro to regain health is by becoming more focused, which means that he has to fight to be healed. 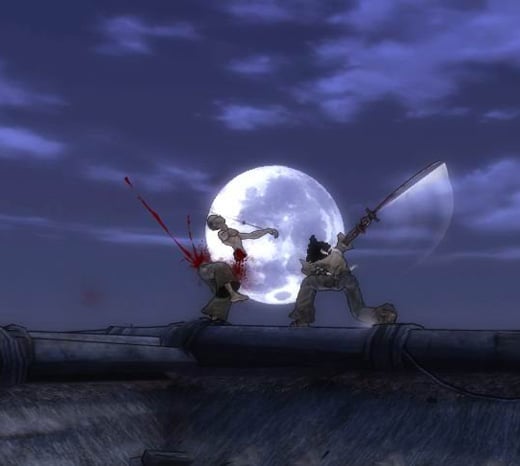 for $57 (USD). Who would win: Samuel Jackson with the powers of Mace Windu and the skills of Afro Samurai, or Hugo Weaving with the crisp suit of Agent Smith and the pointy ears of Elrond?