Want to really stand out the next time you go out clubbin’? Then look no further than these totally over-the-top illuminated clothes from LumiGram. 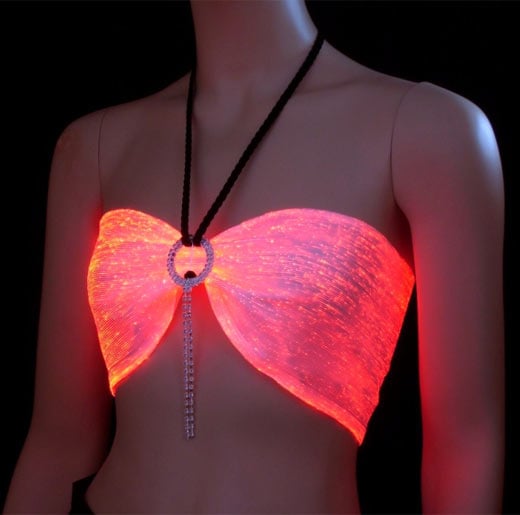 For a casual night out, why not try on one of Lumigram’s Lumitop fiber optic tops? Each one is powered by a compact battery pack connected to a bright LED light source, and provides ample illumination to light up any pair of boobies that need a little extra attention. 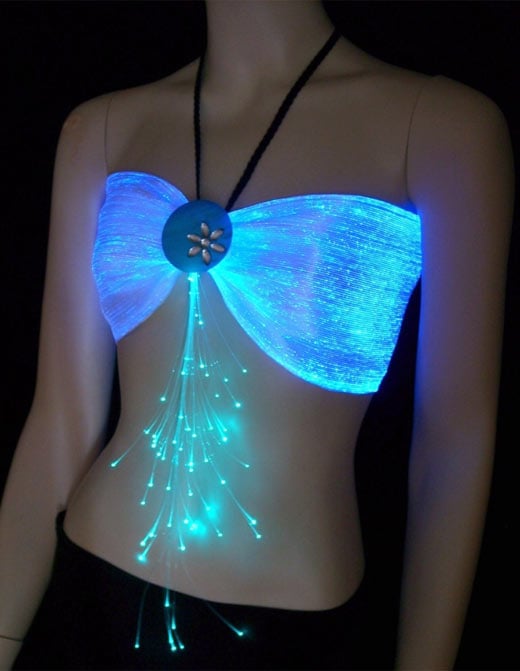 For a more formal occasion – say some sort of elegant ball being thrown for the leaders of the United Federation of Planets – there’s the Lumitop Sophia dress, an intricate dress that’s woven from a ridiculous amount of fiber optic wire and features a colorful LED belt. I’m really hoping to see some star walking down the red carpet wearing one of these for the Oscars. 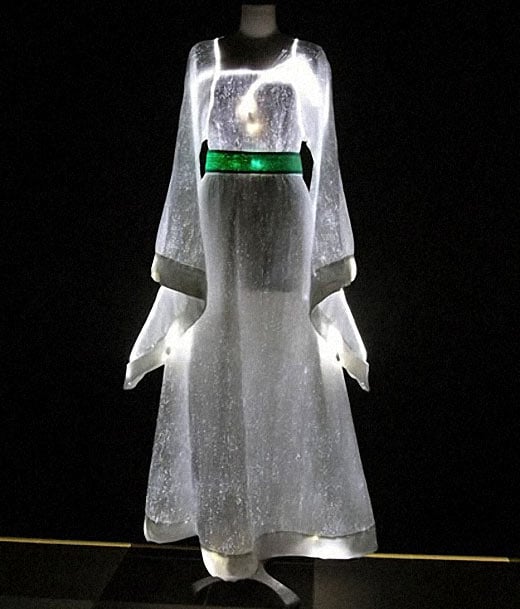 Of course, Lumigram doesn’t discriminate. While they don’t yet offer any light-up 3-piece suits, they do offer a Lumitop for guys – assuming you’re a guy named Bruno. 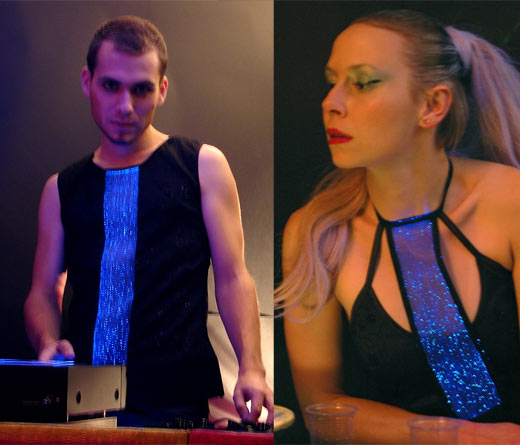 And once you wear light-up clothes, you’re guaranteed to have as much fun as the people in this video clip. I promise.

While LumiGram’s trademark style is the colorful glowing fiber optics shown above, you really got to love any company that sells a product called the LumiX LED Thong. I really want to party with these guys.