Explosive modder Matt purchased some decommissioned test grenades and decided that it would make for a great MP3 player shell. So does it?  Yesno. 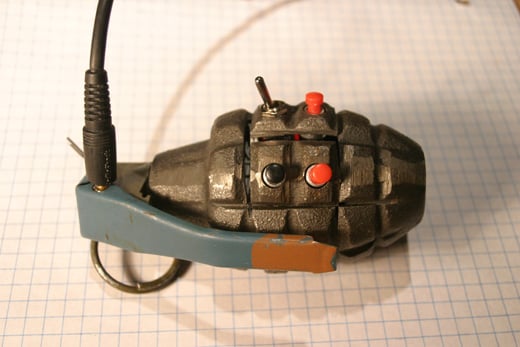 Matt stuffed the innards of a 2GB Sansa Clip into the grenade. This is the original, cute and airport safe Sansa Clip shell: 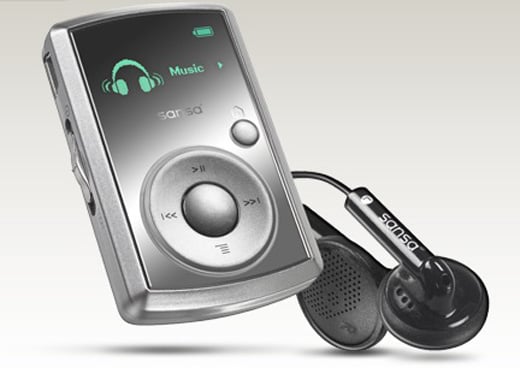 The default shell looks boring now, but at least it’s more practical, plus it’s easier to load songs into it this way. But I guess we can’t expect people who stuff things into grenades to be practical. Maybe Rambo would want one of this. 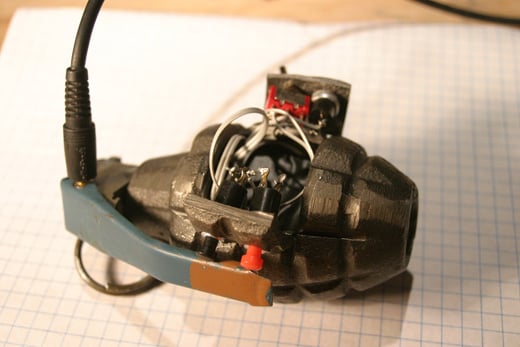 Although the current set-up is already functional according to Matt, he also says that he still has to wire up the buttons and then weld the whole thing shut. I don’t know, I guess it’s a lot more awesome if I see it in person, but then again if I see someone take this out of his pocket I’ll be outside the blast radius in a heartbeat. I’ll be Usain Bolt. A shrieking, pants-pissing Usain Bolt.

Matt has more pictures of the grenadification on his Flickr site.

[via anything but ipod] 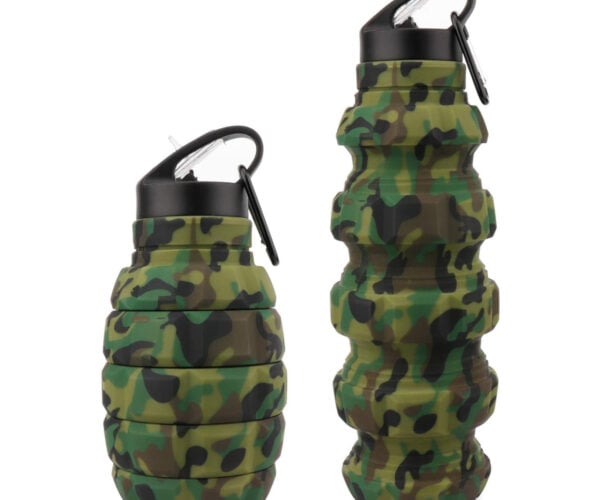 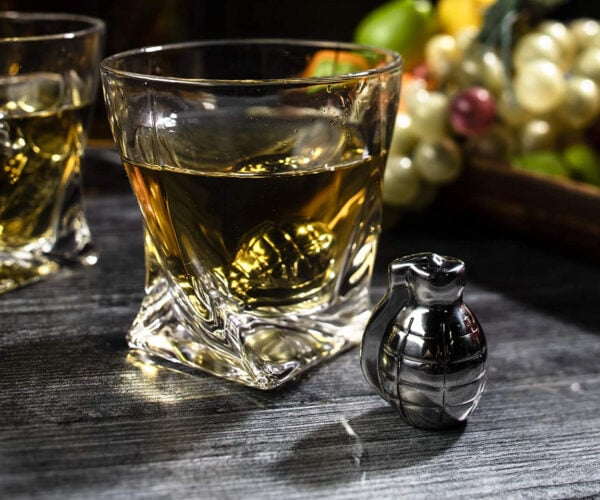