Dj Hero Due This Year With Turntable Controller

You know, I was just thinking that what I needed was another extra piece of hardware to go with my gaming consoles, because even with Balance Boards and fake plastic instruments, there are still a few square inches of space in my living room. Luckily, Activision is releasing an all-new (sort of) music game with an all-new (definitely) controller: DJ Hero, complete with turntables. 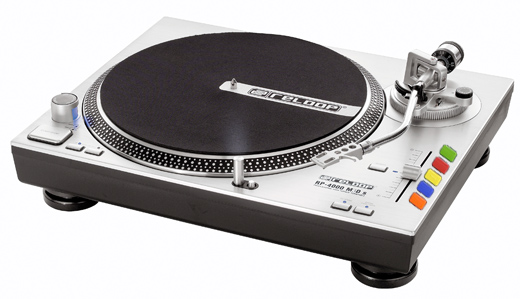 DJ Hero has been on the radar for quite some time, ever since the trademark turned up last year. And while the title has yet to be officially announced, Activision CEO Bobby Kotick recently confirmed not only the game’s existence, but that it was due this year.

Gameplay in DJ Hero is said to be similar to that in Guitar Hero, and the game may even include sections in which players can use a guitar controller. That way, if you don’t already have one, you’ve got a reason to buy one. It’s brilliant!