When you think “handheld or portable game system,” you probably get a mental image of some sleek technology with pleasing lines and a good balance. But in the DIY portable community, things aren’t so simple. Here, we’re talking about cobbling together bits of consoles that aren’t supposed to be portable and trying to make them fit into a pocket… or a bag… or at least the car, without the need to haul a television around. You know. You’ve seen ’em. 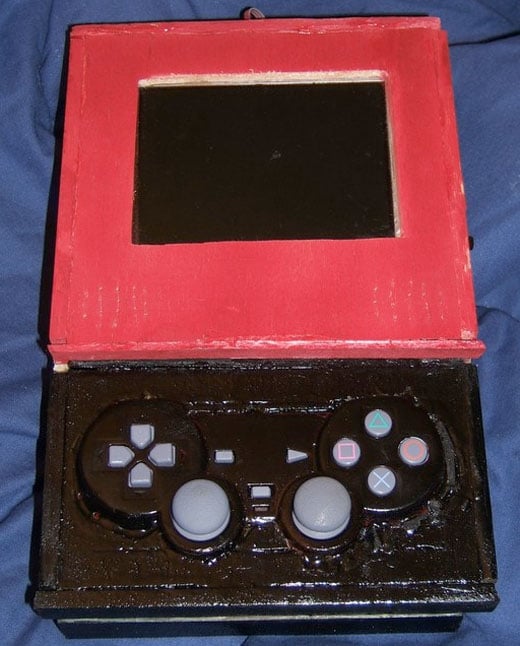 It’s important to remember that, with handmade portables, the key thing is whether or not they get the job done. They don’t necessarily have to look great or anything. In fact, if your project isn’t glossy and gorgeous, it’s less likely to get stolen if people break into your house and grab all your electronics! So maybe modder gamefreak11 is actually a theft-prevention genius. 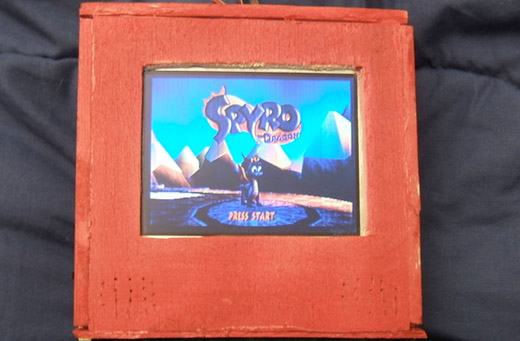 The PSOneP, as gamefreak11 styled the portable in his post at the benheck.com forums, is made mostly of balsa wood. The “lid” which houses the screen flips up, revealing the game tray. It’s actually a very clever design, and the battery serves up four hours of game play–plenty of time for the PSOneP to start weighing on your wrists.