Let’S Tap: the Game You Play With a Box

Let’s just put it on the table: Let’s Tap is a game about beating out a rhythm on a cardboard box. It’s dashboard drumming tuned to a purpose; you tap, and (weird, psychedelic) things happen on screen. You don’t use the controller directly, but instead, it sits on the box and picks up the vibes of your tip-tapping. Odd? Yes, but also innovative, and that’s a difficult thing to be in the current glut of rhythm games. 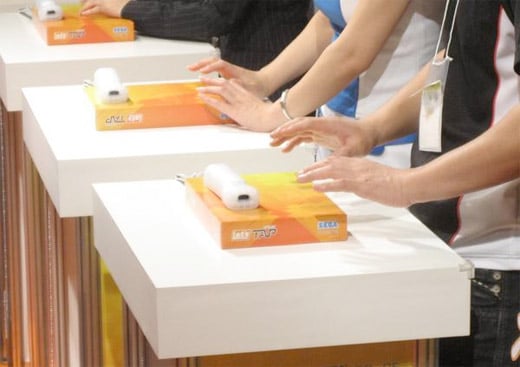 When Japanese game developer Yuji Naka, the man behind Sonic the Hedgehog and Nights, first started talking about Let’s Tap, it was called a game “even penguins” could play, and that it was played controller-free. It’s easy to understand something like Donkey Konga, with the original game’s bongo peripherals, but this is some sort of Finger-Tapping Hero business that can be difficult to understand. Fortunately, there are some great trailers available, complete with catchy theme music.

Let’s Tap was released in mid-December in Japan to a lukewarm response, but the game is being given a second chance in the rest of the world with a rumored North American release on the way.