When I talk about retro tech, I’m usually going on about stuff from the late 1970s or early 1980s since those were the years that really defined me as the geek that I am today. The 1930s, on the other hand, are just a wee bit before my time. But when I saw this modern update on a classic thirties radio, I just had to give it a mention anyway. 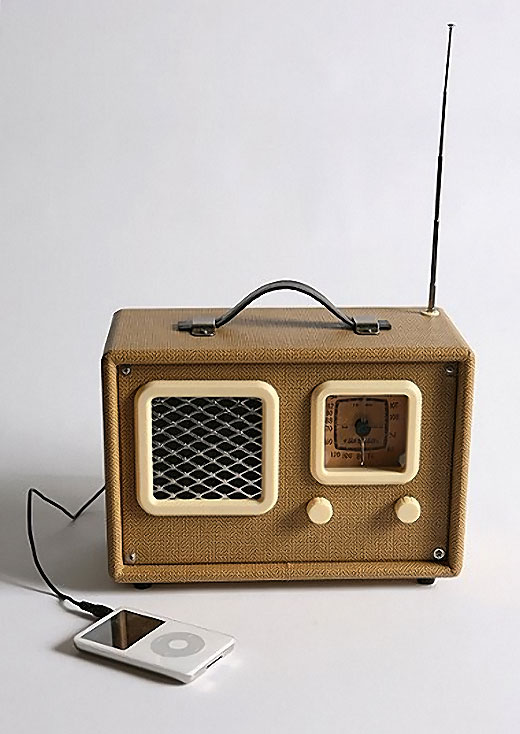 The wood and tweed-vinyl construction Crosley Nomad Portable Radio may look like an old radio from the 1930s, but under the hood, it’s all new. For starters, the portable sound system lets you connect your iPod or other MP3 player through a built-in AUX jack, so you won’t be stuck listening to over-the-air broadcasts. 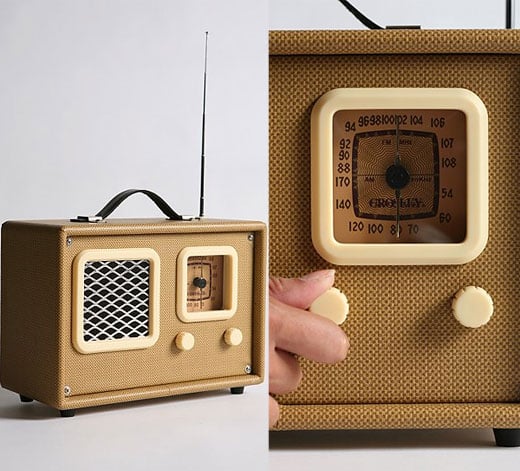 And unlike its 75+ year old brethren, the Nomad tunes FM radio in addition to AM stations (how very . Sound from the Nomad’s full range speaker gets an added boost using SRS resonance enhancement. And you won’t have to plug this radio into the wall – it runs on 4 AA batteries so you can take it anywhere.

Just load your iPod up with old episodes of Little Orphan Annie, Amos ‘n Andy and the original broadcast of War of the Worlds, and you’ll be all set.

The Crosley Nomad is available exclusively from Urban Outfitters for $72 (USD).