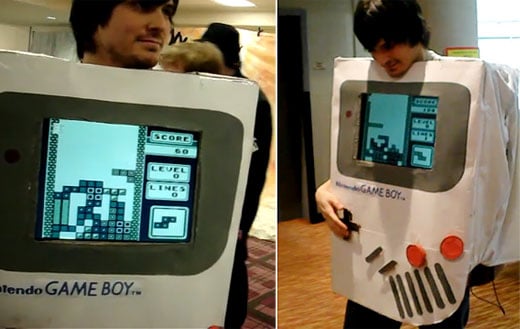 The cardboard Game Boy shell is a little janky, but the wearer deserves mad props for the fully-functional Game Boy emulator, running Tetris on a laptop screen. You can see it in action in the video clip below:

I do find it a little creepy that you have to press the buttons on the guys’ waistline in order to move the blocks around. It looks like he’s having just a little too much fun with people manipulating his joypad and pressing his buttons.