Left 4 Dead Dlc Rushing in for the Kill

The amazing co-operative zombie FPS Left 4 Dead is about to get a little bigger. Valve just announced the game’s first DLC: the Survival Pack. The new content will be available for both Xbox 360 and PC, and will include two new versus campaigns as well as a new multiplayer mode called, unsurprisingly, “Survival.” No word yet on whether or not the versus campaigns will be all-new, or if they will simply open up the game’s other two existing campaigns for team-on-team action. 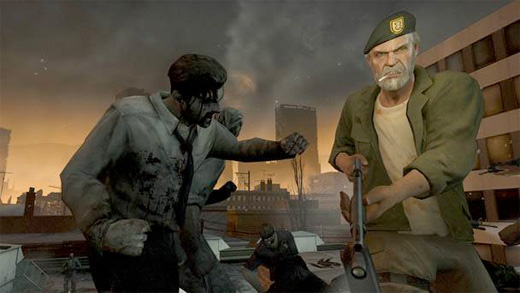 Survival mode sounds like the kind of thing that could be serious business. Many of the game’s fans have idly wished for even more of a challenge (as though the game’s expert mode wasn’t hard enough!) and who knows? With a name like that, I can hope it will deliver that very thing.

That’s not all Valve’s got up their sleeves for Left 4 Dead, however; the DLC will be released concurrently with a “Critic’s Choice” edition of the game that will include the new content, for those who have yet to pick up the game. PC players will also have access to the first Left 4 Dead release for the Source Software Development Kit (Source SDK), which means we’ll be seeing a lot of custom campaigns soon after. No prices yet, or a firm date, but Valve says spring.