I Came, I Saw, I Played Zelda Ii in Latin

If you’re not above playing a hacked ROM or two, you can experience something truly special: Zelda II: The Adventure of Link, in Latin. Or should I say Zelda II: Expeditio Linci? It sounds more dignified somehow. 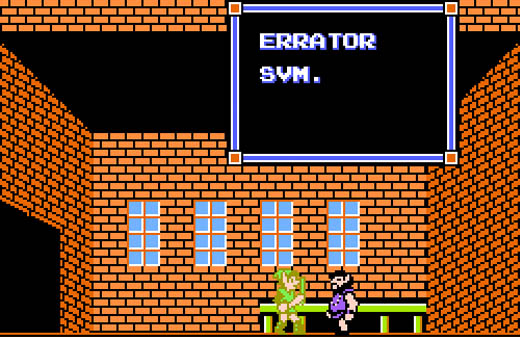 Why make a Latin language patch for Zelda II? A better question might be: why did it take so long? Though the above does look better with the infamous “I am Error” dialogue, the very idea of playing Zelda II in Latin is simply hilarious… and might make more sense in some parts.

Now if only I could convince someone to dub the old Zelda TV series in Latin. I’m sure the CD-I games is far too much to ask.