There are two things that have to be said about this custom Xbox 360 arcade cabinet: it’s big (like the original Xbox, only even bigger) and it’s pretty pricey. Only serious Xbox devotees need apply at $2250… but that is, after all, cheaper than a lot of gaming PCs, and it would take quite the pimped-out PC to match this project. 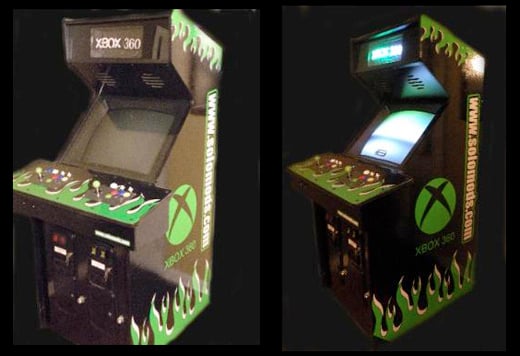 The cabinet itself is an old Midway machine (new monitor included) with the guts of a 60GB Xbox 360 refitted inside. This machine has one feature the old arcades lacked–you don’t have to stand at the machine and beat on the controls. Sure, you can, and for some games, you’ll certainly want to, especially if there’s someone to fill the shoes of Player 2. But if you’re in the mood to kick back on the sofa and use a wireless controller, you can. 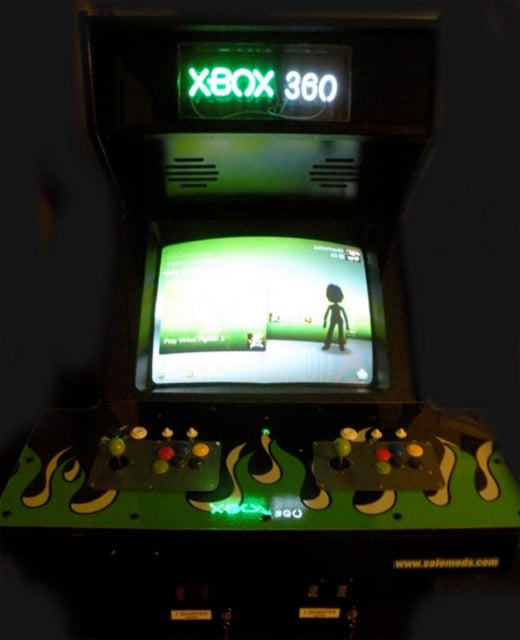 Can’t you just picture yourself standing there, taking on the role of Armed Person Fighting Baddies? And crying, of course, over the smoking remains of the bank account sacrified to buy the thing.