James Cameron’s Aliens didn’t really scare me. The aliens were disgusting, sure, but not scary. I don’t know, I guess I prefer supernatural stuff; there’s just something about sci-fi and the outer space as a setting that ruins it for me.

I mean, I think it’s more likely for me to be possessed and crawl down the stairs like an insane, shriek inducing, constipation busting demonic man-spider, or be haunted by a woman from a well, or find myself crying in front of a camera because I’m being chased by something that… okay I’m scaring myself right now. The point is, novelist Joe Schreiber wants to give Bowies Horror in Space another shot, but this time the setting isn’t just any boring place in outer space. Hey that rhymed. Anyway his story is set in a galaxy far, far away. 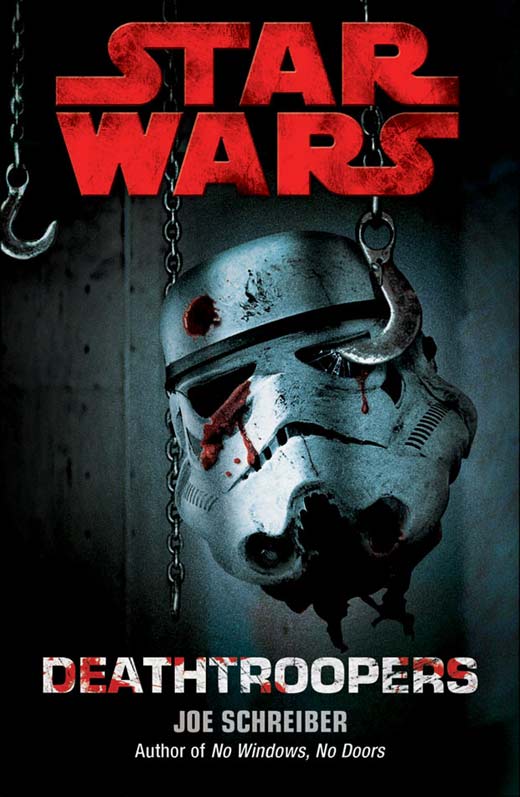 Of course Schreiber’s not giving away any concrete detail about the story, because he wants fanboys to foam at the mouth until they have mouthfoam beards. Also he doesn’t want to be sued by his publisher. But what he can say is this: “A) It’s going to be very scary and B) It’s hopefully going to be released on the same day that my original horror novel The Black Wing comes out.”

Even though I have only read approximately zero of his books, I can say that Schreiber is a novelist of phenomenal talent. Because while talking about Deathtroopers, not only does he assure us that this horror book – a book that’s supposed to be scary – is going to be very scary, he also manages to plug another one of his books! Wha- how’d he do that? It all happened so fast! I’m kidding. Just having a good time. Let’s hug it out Mr. Schreiber.

No really, seeing as Deathtroopers takes place before A New Hope, I sincerely and pun intendedly hope that the book will add to Star Wars’ convoluted long, prequel-rich, reverse-engineered lore. The cover’s a bit disgusting, so I guess that’s a good start.

Deathtroopers is set to be released in time for Halloween, but you can already pre-order it at Amazon

for $8 USD. That should help alleviate the flow of your mouthfoam.