Jar Jar Binks Salad: Me Thinks No Thanks.

If you were to make a cake modeled after a fictional character,  you’ll use your favorite character as a model, wouldn’t you? I guess the reverse applies to salads, because someone – someone with mad Force Carving powers – made a Jar Jar Binks salad just because he would “be able to slice into it without remorse.” 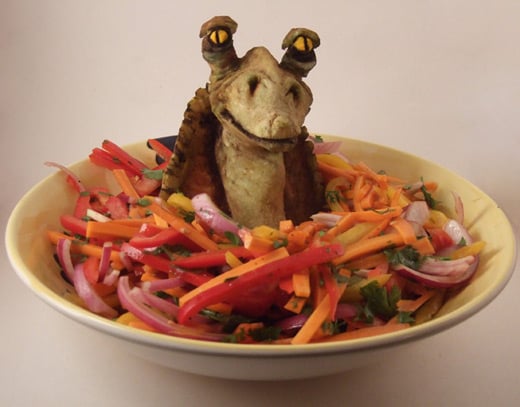 So he’s rid himself of remorse. What about disgust? Damn that Jar Jar is UGLY. Ugly ugly ugly. Anyway. Are you ready to make an ugly alien out of a root crop? The Jar Jar bust was carved out of jicama (quite a popular root crop here in the Philippines) and then painted with Chefmaster food color. You also need Chefmaster Carving & Coloring Skills. Not sold anywhere. 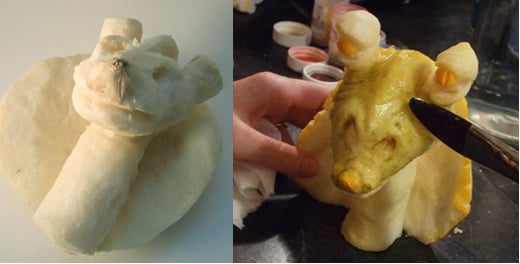 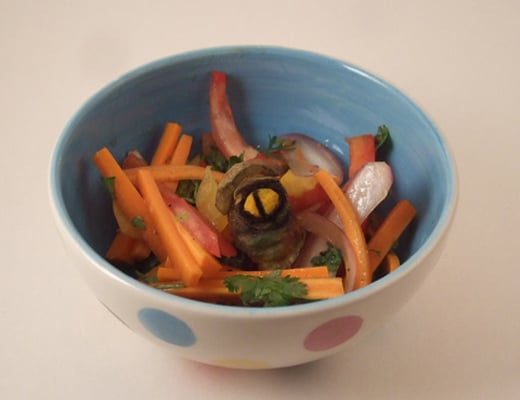 For more detailed instructions, head on to Cooksden. Their Jar Jar pics are bigger though, so watch out.