This little USB gadget from Korea makes some pretty lofty claims. Not only will it help you chill out, it could help you memorize Pi to 100,000 digits, or might turn you into the next Rembrandt. Or Obama. 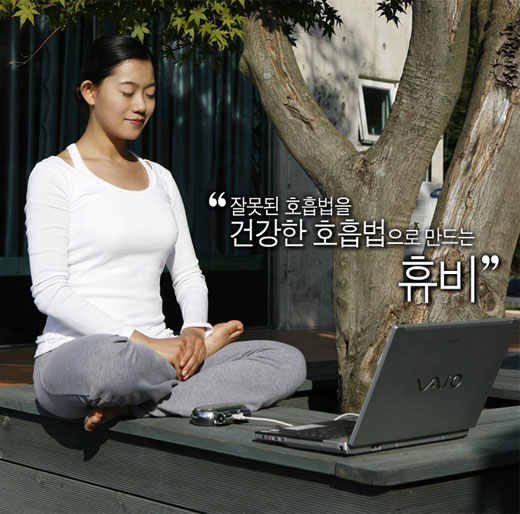 The HIMS Brain HUBI biofeedback device plugs into your computer, and interactively monitors electrical impulses from your fingertips to help you control your brain into the proper state of mind to accomplish nearly anything. Now how it does this without actually attaching to your scalp, I have no idea. I’ll leave that to the scientists and snake oil salesmen to explain. 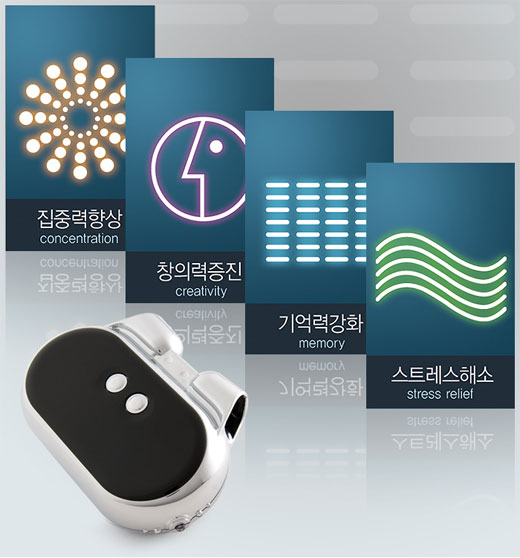 The included software lets you choose from a variety of profiles including relaxation, creativity, memory and concentration. Unfortunately modes for Jedi mind trick, levitation and that head-slashing thing that Sylar does with his fingertips aren’t included. Maybe they’ll get those working in a future model. 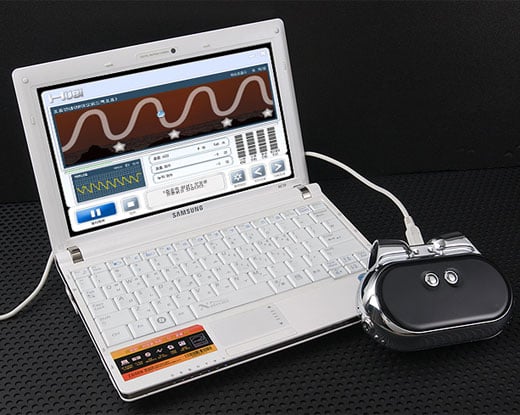 As you think, you do your darnedest to coordinate your brain waves with the graphs displayed on the screen. Think of it like mind-controlled Guitar Hero. Damn, that sounds like a good idea for a game – I’d better patent that. 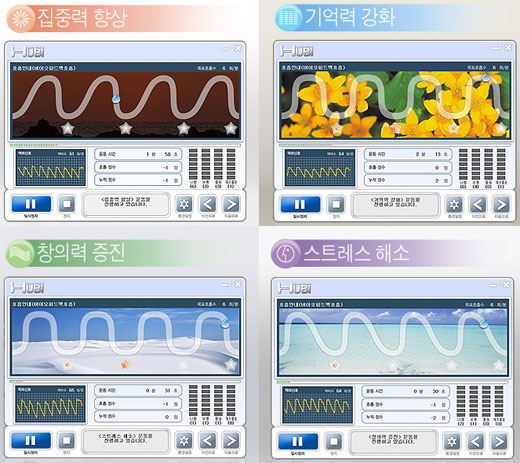 If you want to find out exactly how much the HUBI lives up to its promises, you’ll have to exchange aboutt $206 (USD) cash for KRW 290,000 then order one from Korea to try one out. At this point, there are no plans to bring the device to North America or Europe.