Of all the strange things that we have seen and heard and killed in the Resident Evil series, one strange thing stands out in my mind, in the same way that in RE games objects that can be picked up and interacted with tend to sparkle and have more vivid colors: why the hell is Raccoon City called “Raccoon City”? Is there a Japanese urban legend or ancient myth that associates raccoons with zombie fighting? With umbrellas? Or with the turning mechanisms of turrets that have been adopted by the Raccoon City policemen?

I fear that we will never know the answers to these questions. But what I do know is that vests are the best, and the best kind of vests are Raccoon P.D. vests. And if you like my style, then you will want to check out Ebay veteran masahikox‘ current items for sale. 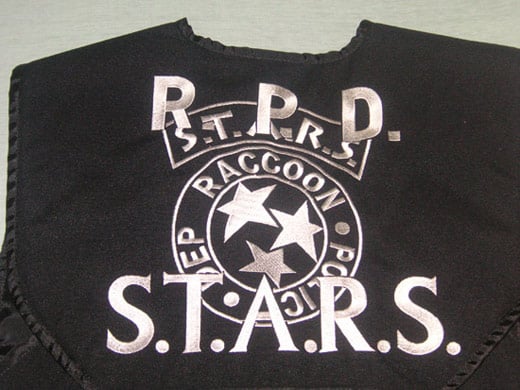 The first item is Chris Redfield’s vest in Resident Evil: Code Veronica. As you can see it has anti-zombie embroidery at the back, while in front are numerous pockets, perfect for storing 7 green herbs, 6 different guns, 933 bullets and 2 typewriter ribbons. 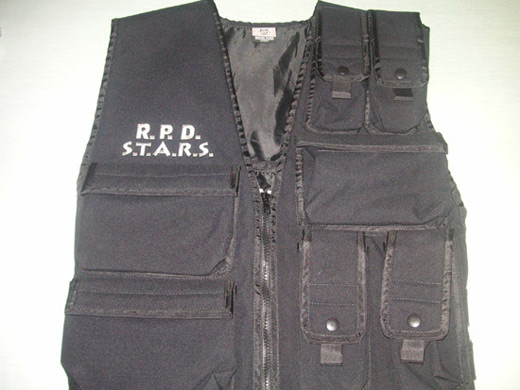 The vest also has this label that would not make sense at all if you were a member of the RPD, but is nonetheless a neat touch: 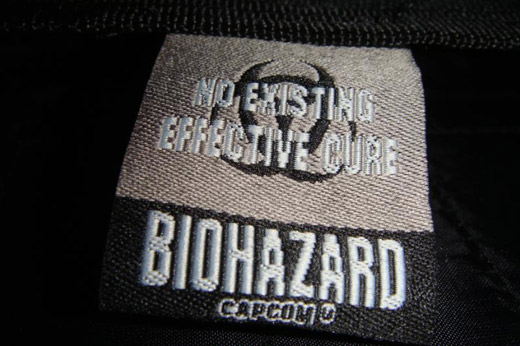 Masahikox is selling the Code Veronica vest for €550 ($710 USD). I know, I know: some of you are saying, “Meh. I’d have broken my son’s piggy bank ten seconds ago if that vest was green.” Well your son can kiss his money goodbye, because masahikox (online names = ftw) is also selling a green RPD vest! 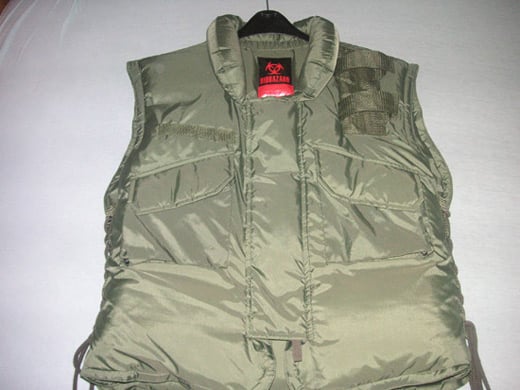 Masahikox describes it as the vest that Chris Redfield used in the Resident Evil game on Gamecube, which is a long way of saying that this is the vest that Chris Redfield used in Resident Evil 1. Unlike the black vest, this one is green. It’s also shiny and puffier. Like the black vest, the shiny puffy green vest also has numerous pockets as well as a logo on its back. 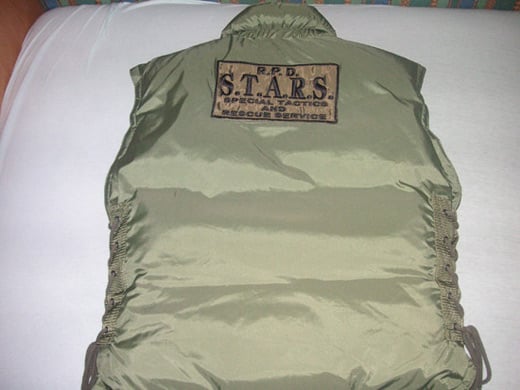 Sweet. And it has this “this vest is fo realz yo” label: 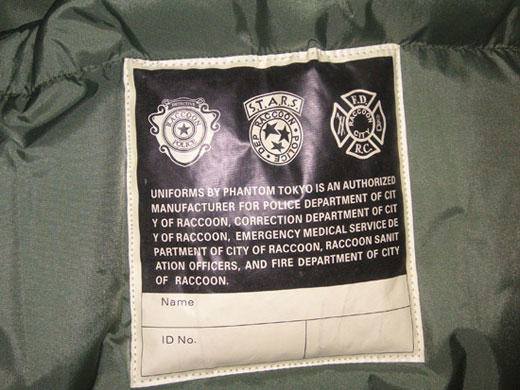 Unfortunately, all that shine and puff and green don’t come cheap: masahikox is selling this vest for €700 ($904 USD). To sweeten the deal, he’s throwing this RE shirt for free: 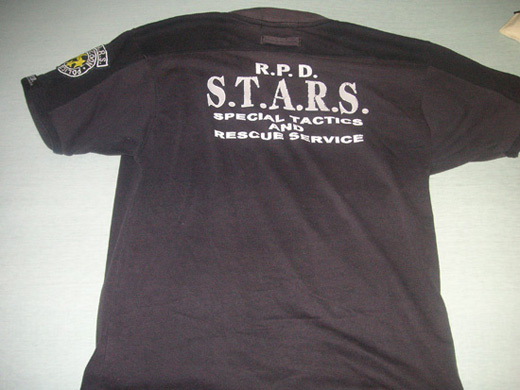 Masahikox says that all three were made by Phantom Tokyo. Masahikox also says that all three of Chris Redfield’s clothes have never been worn, which is kind of obvious since the person who’s supposed to be wearing them is imaginary. But if you’d like to be the next owner of any of the two vests, then you only have until Feb. 21 before masahikox’ sale ends. So go smash that piggy bank! But before you do, take a look at this vicious motherflipper: 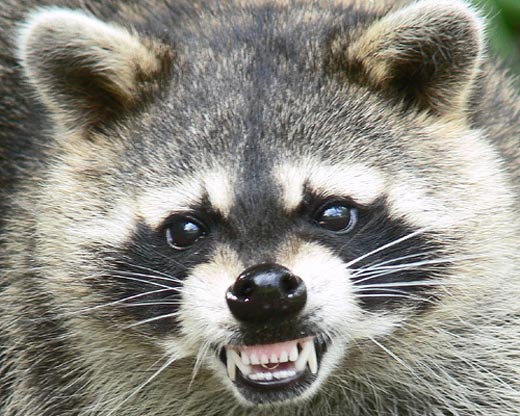 Run for your unlives, zombie fools!