Air Guitar iPhone App for Those About to Rock

Attention imaginary Satrianis, your iPhone app is in the house: Air Guitar by Inedible Software. You’ll be shredding the atmosphere in no time at all, thanks to the app’s simple yet intuitive interface. 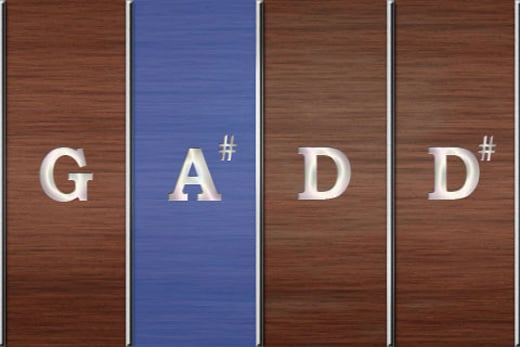 Instructions will appear when you open the app; hold the iPhone sideways and a small, chubby fretboard appears. Press one – or all four, your call – of the notes  and then move your arm up and down to “strum”. A note is also played if you strum without holding down anything on the fretboard. 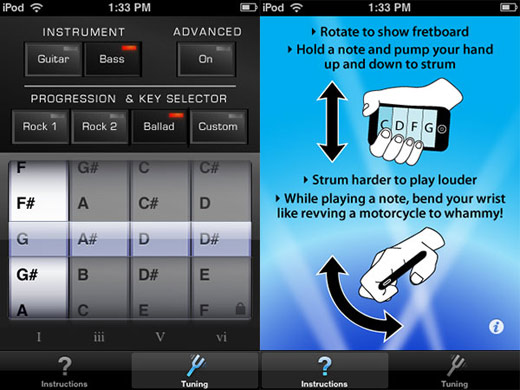 As you can see, Air Guitar is actually Air Bass as well. Make that Air Guitar & Air Bass with whammy. The app compensates for the small fretboard by allowing users to customize the chord progression, either by choosing any of the 3 presets or by creating their own arrangement. As with all things that require motion you’ll learn more about the app if you see it in action, so here’s a demo from Inedible Software:

Fun right? Air Guitar is already available at the iTunes Store for $2 USD. Don’t have too much fun though; I’m willing to bet my brother’s guitar and amp that sooner or later someone’s going to go smash his iPhone – along with a window or a face – while pretending to be Eddie Van Halen.