Hey Kids! Let’S have Some Fun With the Department of Energy! Woohoo

One of my first posts here at Technabob was about a flash game about saving energy. The US government’s Department of Energy heeded Canada’s example and came up with their own entertaining website to encourage people – particularly kids – to save energy. 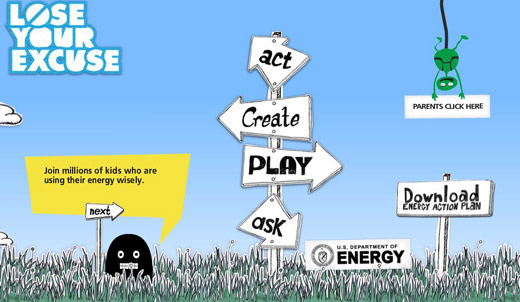 The Canadian game  just plain sucked; fortunately the DoE’s offering is better and more polished, plus the website has other fun activities for kids as well. The DoE game looks a bit like Foster’s Home for Imaginary Friends and Little Big Planet. In the game players guide a character named Watts as he gathers energy and tries to avoid coming into contact with “excuses” monsters. Awesome. 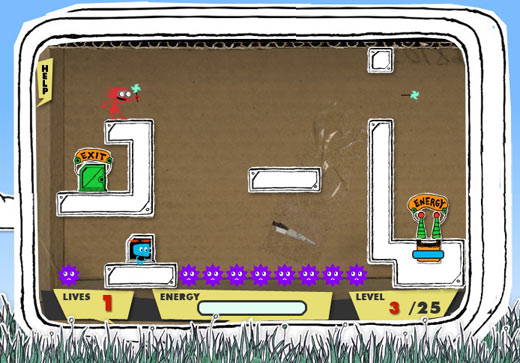 The excuses monsters embody the alibis that people say just to cover up their laziness when it comes to saving energy, such as when we leave devices plugged in or turned on even when they’re not being used. Those excuses monsters are strong too, and it doesn’t help that Watts is controlled using the arrow keys instead of the mouse, making jumping and aiming for platforms a bit tricky.  If you’re a kid, I mean. I mean I just totally went lightspeed with this game. I didn’t die twice at level 2 or get zero energy at level 3 or quit by level 4. I even managed to do a little grinding and some mini-games before killing the final boss. The uh, Excuses Dragon. 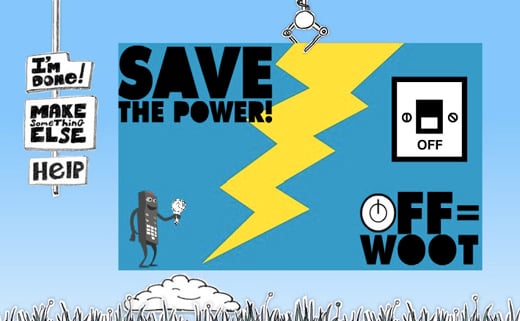 After crying because I couldn’t finish a basic platformer conquering the game, I tried out the wallpaper creation tool; it was pretty neat. And so was the wallpaper I created. OFF = WOOT. 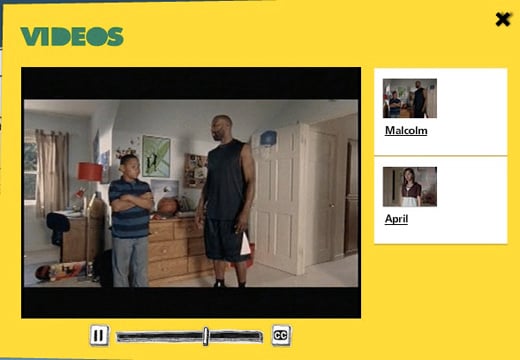 Finally, I checked out the videos, which show a couple of kids trying to come up with excuses when asked why they’re not saving energy. The kid above denied that the non-Energy-Saver-lights-equipped room was his; he said it was Baron Davis’ room. I think you know what happened next. Unfortunately, the clip is an Epic Fail, because you don’t expect your kids to go and replace the lights on their room on their own do you? Oh you do? Well then you might want to direct your kids to the DoE website, and help them lose their excuse and start saving energy.