This could be my favorite Mac Mini mod yet. Take one part retro Apple Disk ][ drive and one part Mac Mini, and what do you get? A little bit of casemodding genius. 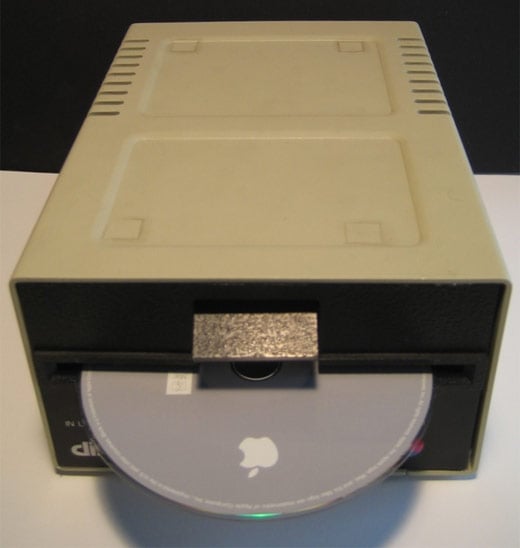 Modder Charles Mangin took the guts out of his old Disk ][ enclosure and managed to find a way to squeeze the innards of a Mac Mini inside the case. The 5-1/4″ drive is perfect for slot-loading DVDs. And when not loading a disk, you wouldn’t ever know this was anything other than an old floppy drive. 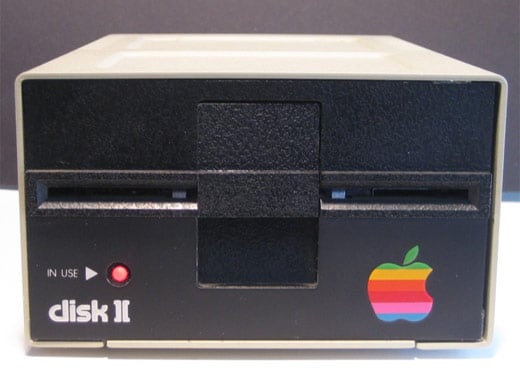 Charles even wired up the old drive activity LED, so it looks like the floppy drive is cranking when the Mac Mini is on. 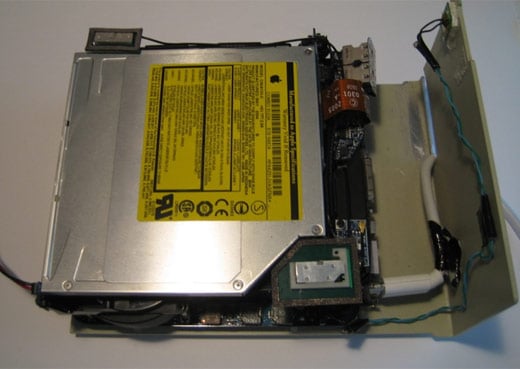 And contrary to the warning label below, I don’t think it would be a good idea to connect that video cable sticking out of the back to an Apple Disk ][ Interface Card. At best, flames would shoot out. 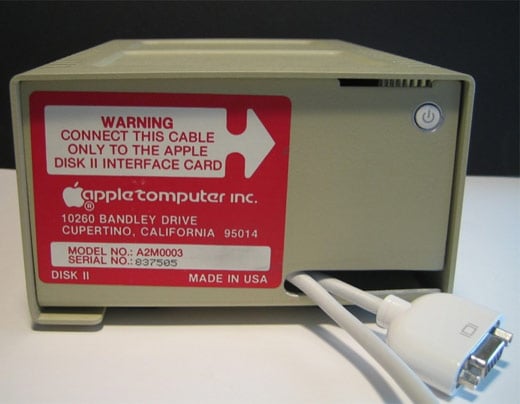 Kudos to Charles for a great mod! Maybe he can find a way to cram my iPhone into a Newton. Or my Macintosh IIfx into a MacBook Pro. That would be sweet.