Sprites are popular projects among crafters, especially those who work with Perler beads, so there are always lots of examples of sprite art around. That said, it’s rare to find sets with which you can recreate entire mini scenes of games, but you can with these Super Mario World sprites! 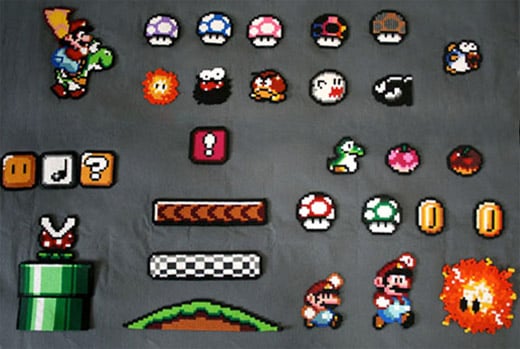 It’s like a little puzzle! Rearrange them over and over to recreate your favorite two-second segements from the game. Punch a block! Leap through the air! Die to Bullet Bill! The options are endless. Okay, they’re not, but who feels like multiplying all these elements together? Not me, that’s for sure.

The SNES sprites turned up on Flickr and are also available at Etsy, though apparently not the whole set. You can add some Super Street Fighter II art to the mix, though. It’s timely, with the release of Street Fighter IV, and Ryu can probably beat down some koopa for real. 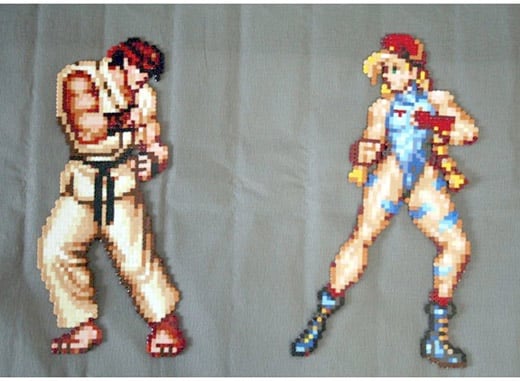