Remember the movie Signs? And how the aliens’ weakness turned out to be water? Tell me, if those beings were intelligent enough to build vessels that could cross such vast distances (and sustain the passengers as well), why the hell couldn’t they tell that the planet that they’re attacking is mostly made up of stuff that will kill them? It looks watery even from space for crying out loud. It’s like humans trying to colonize the sun. And then when they attacked they didn’t even wear anything. They just walked around naked, begging to be rained on or for someone to spit on them. 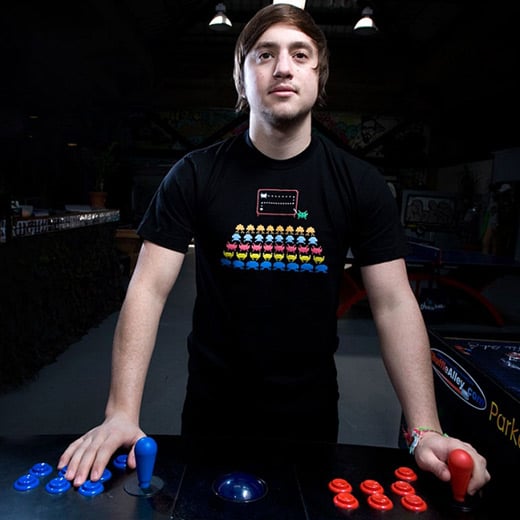 In that sense, those Signs aliens are as stupid as the Space Invaders aliens, who after 31 years still seem to think that swaying will lead them to victory. Neil Gregory came up with a shirt design celebrating the aliens’ stupidity, because if not for that we’d have been enslaved and won’t have time to design shirts. 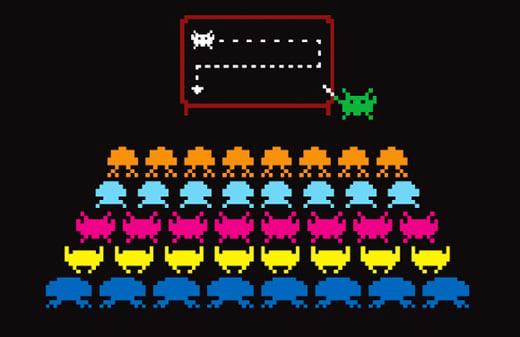 So those are alien blackboards. I’m not impressed. Shirt’s nice though, and if you think so too head on to threadless and get the shirt. It’s $18 USD and both the men and women’s version come in 5 sizes.