I’m going to go out on a limb and say that this Nintendo controller license plate probably isn’t street legal unless you happen to live in one of those states that still only requires a rear plate. Or if you happen to have one of those James Bond license plate switcher things on your car so you can quickly swap to your real plate when the cops pull you over. Nintendo plate? I don’t know what you’re talking about, officer. Can’t you see my plate clearly reads “OU8BIT2”? 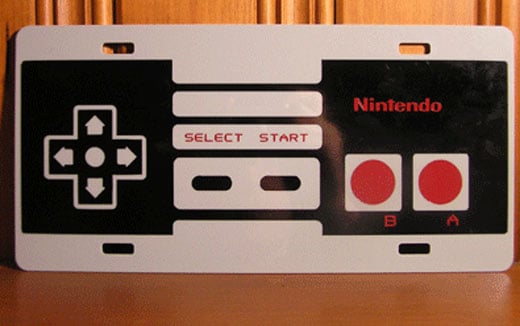 According to mrdecal37, the guy who makes these, the 8-bit Nintendo Controller License Plate is what he calls “The most important license plate ever made”, putting it somewhere on the continuum between solving today’s Junior Jumble and curing cancer. 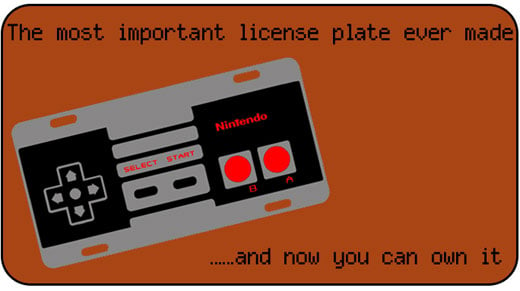 If you happen to be the owner of this car, you need head on over to eBay and grab one of these license plates for $14.99 (USD)