Female Space Invaders: I Don’T Remember This Part of the Video Game

I was perusing the dark recesses of eBay’s DVD auctions when I came across this little gem. 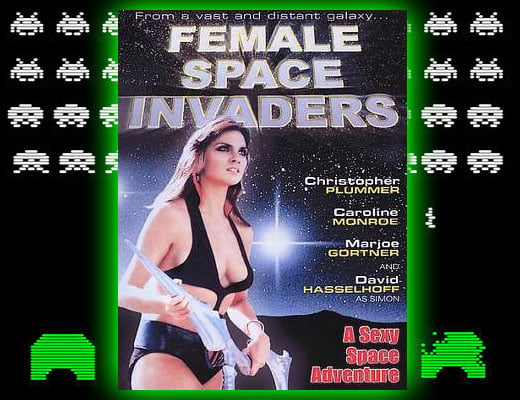 Featuring such greats as David Hasselhoff, Christopher Plummer and Marjoe Gortner, this 1979 low-budget schlock ripoff on Star Wars’ popularity was originally titled Starcrash, but later got renamed to Female Space Invaders, presumably because video games were starting to take off, or LucasFilm sued them. Either way, all I know is that the movie features boobs, lightsabers, horribly bad acting, terrible special effects, and nary a Space Invader among the bunch. Where do I sign up? 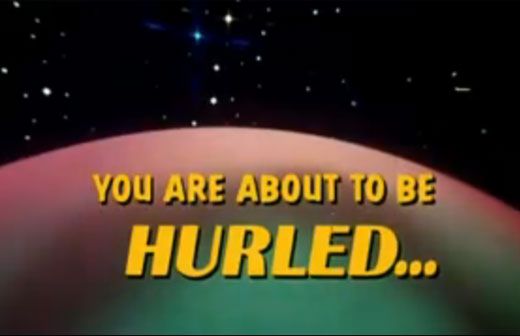 Here’s a quick synopsis from the seller of this obscure DVD: “Former model and Bond girl Caroline Monroe plays Stella Star, an intergalactic smuggler. Along with her partner Akton, she’s on the run from cosmic cops Thor and L (a robotic cowboy with a Texan accent) when they come across the sole survivor of a space battle instigated by the villainous Zarth Arn. Captured by their pursuers, but with the knowledge of Zarth Arn’s dastardly deed, they are brought before the Emperor of the Galaxy (Christopher Plummer), who asks of the four a special task: to find Zarth Arn and destroy him before he can use his super weapon to conquer the galaxy!”

But enough of my yakking. This preview clip from the movie pretty much sums it all up:

Ok, now if only they changed that opening title from “You are about to be HURLED” to “You are about to HURL”, it might be more accurate. I suppose if you’re looking to do your own little MST3K party and want a REALLY bad flick to throw out non-sequitirs at, this could be the one. You can find a copy of it over on eBay for the low, low starting bid of $4.99.