There’s geek art, and then there’s geek art. Ben Fry’s creations are to programmers what blueprints are to architects. Here’s a sample of his work, which he calls “distellamaps”. It’s a map of the code for the Atari version of Pac-Man:

Ben Fry explains, “Like any other game console, Atari 2600 cartridges contain executable code also commingled with data. This lists the code as columns of assembly language. Most of it is math or conditional statements (if x is true, go to y), so each time there’s “go to” a curve is drawn from that point to its destination”. He used a disassembler called distella – hence the name – to lay out a video game’s codes as text. Using another program called Processing, Fry then created a custom program that made images out of the disassembled code. 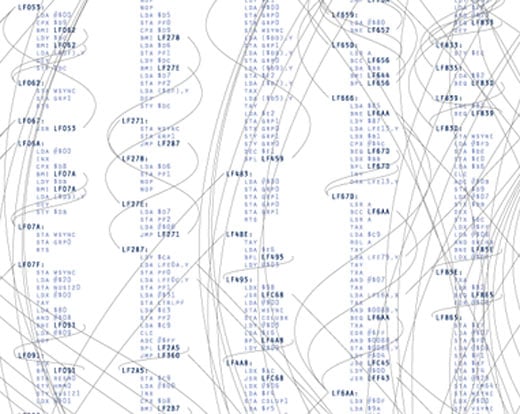 Here’s another example, from another Atari game called Air Raid: 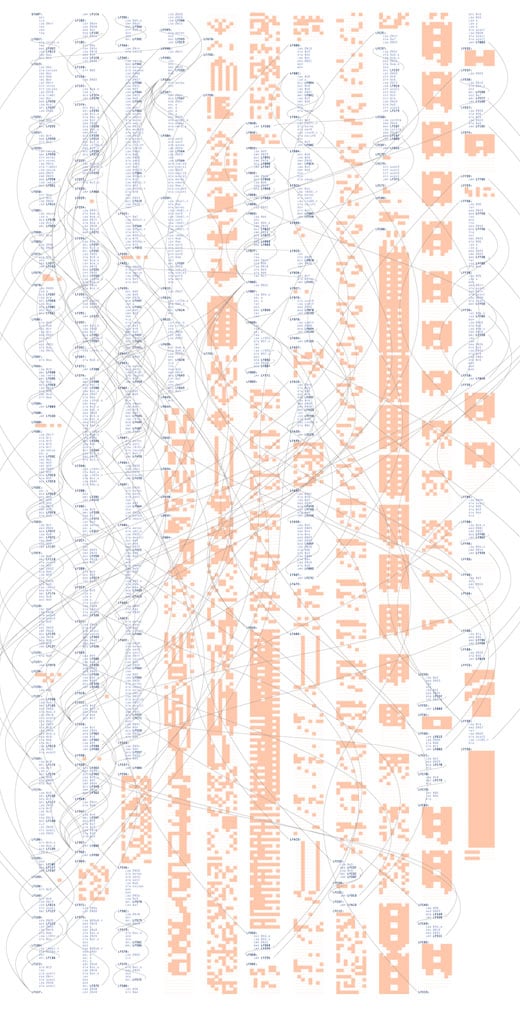 Of course, the codes aren’t readable at these sizes, but their original prints are very readable at a whopping 13″ x 19″. Ben Fry is selling these prints as well as others from games like Pitfall, Super Mario Brothers and Excitebike at Imagekind. Prints range from $15.28 USD and canvas versions start at $30.33. Fry says that all of the proceeds are donated to a charity. Now there’s a geek with a big heart.