A portable Xbox 360? All in a day’s work for Ben Heckendorn. But now that he’s gone bigtime, the Heck had to work with ColorWare to create a one-of-a-kind Xbox 360laptop. The result? The usual awesome. Yawn. 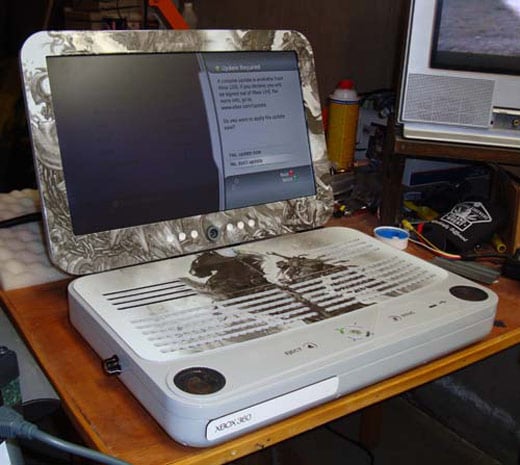 Heckendorn says that it’s a prize for THQ’s Darksiders game. A prize for winning what exactly he doesn’t say, but I already know that I’m not ever going to own one of these so I don’t care. Here are a couple more shots of the Joe Madureira art on the shell: 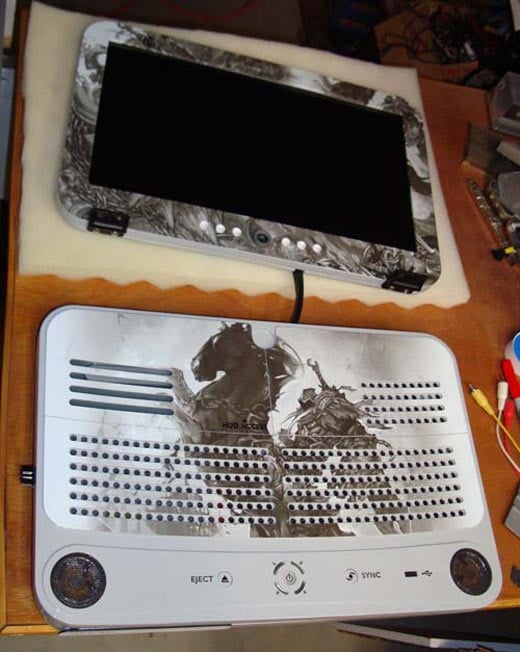 That’s the Horseman WAR and his phantom steed RUIN on the bottom half of the laptop. In Darksiders players will control WAR as he is sent to find out why the Apocalypse arrived prematurely  as well as search for your mates, the three other Horsemen. Awesome plot. Not if you’re a mere mortal. 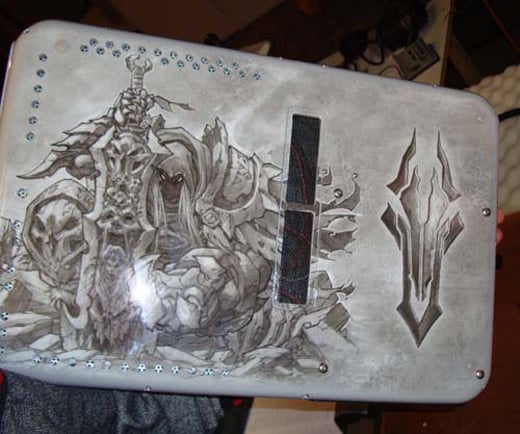 There’s WAR again, in Joe Mad’s bulky-anime style. As always, the Heck posted a detailed walkthrough of the creation of the Darksiders Xbox 360 laptop for THQ. Let’s just call it the Boxtop 360, Darksiders edition.

Wonder who’s stronger, the God of War or WAR itself?