Sonic the Hedgehog: Dead at 18

I’m deeply saddened to report that everyone’s favorite speedy, spiny gaming mammal, Sonic the Hedgehog was found dead today at the age of 18. 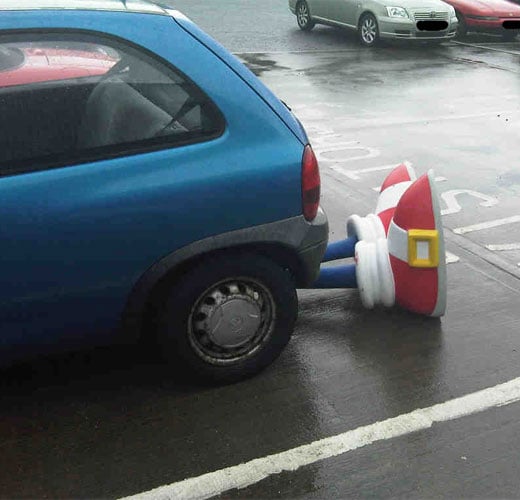 Run down in the prime of his life, it’s unknown why Sonic was wandering around this parking lot in the North of England. Police report a that a number of golden rings were found scattered across the parking lot, fueling speculation that foul play was involved. The driver of the Opel Corsa couldn’t be located after the accident, but a rotund, egg-shaped man was seen fleeing from the scene carrying a briefcase full of emeralds.