If you were wondering what other kinds of games might come to the new Nintendo DSi’s download service, beyond simple applications like flipbooks, then rest assured that DSiWare looks awesome. How awesome? Phantasy Star awesome. 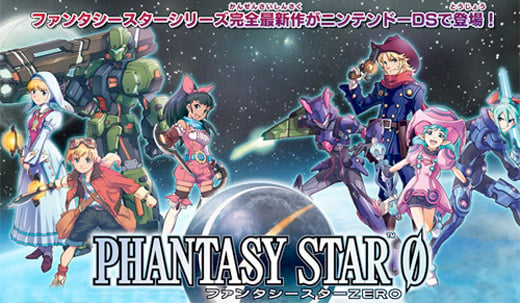 The DSiWare title, called Phantasy Star Zero Mini (no, really), is apparently some sort of companion to Phantasy Star Zero for the DS itself, though just what kind of companion, there’s no telling. However, there is this: when it drops, the RPG will support four-player wireless co-op and a visual chat feature, and all for only 200 Nintendo points.

Of course, there’s no word yet on an English-language version. The game comes out this month in Japan, and I can only hope Sega might see the potential for sales (only 200 points!) outside their home turf.