Wipeout Chalk Gun: Like Paintball, but Without the Paint

As much fun as a game of paintball can be, there’s nothing fun about trying to get all that paint out of your hair and off your skin. This fun shooter replaces the messy paint with chalk, making cleanup a bit easier – although god only knows what all that chalk dust will do for your lungs. 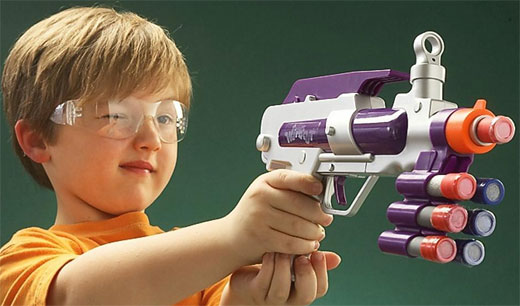 The Wipeout chalk dust pistol comes with special “chalk darts” which can fire up to 30 shots per cartridge. Keep in mind that the Wipeout uses a spring-loaded mechanism instead of air pressure and fires chalk-tipped soft foam projectiles – so don’t expect to shoot your victims from more than a few feet away. 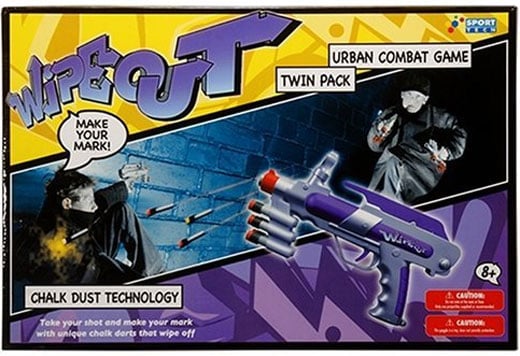 That said, it’s definitely a better toy for tagging your cube-mates than for pwning your friends on the paintball field. Think NERF paintball. 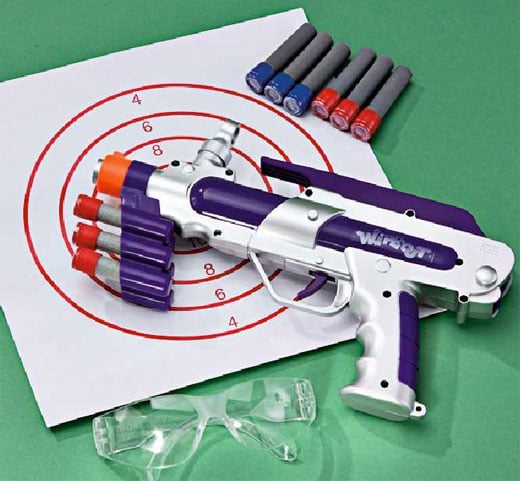 You can grab a twin pack of Wipeout shooters, along with 6 colorful chalk darts, two pairs of goggles (so you won’t shoot your eye out, kid), and a practice target over on Amazon