Glowing Psp Could be Simpler Than It Looks

Sometimes, the best things in life… well, they aren’t free, but they can come with minimal effort, at least. Apparently, on the scale of PSP mods, this paintjob/LED-addition combo is only “average” difficulty.

…to which I say, well this might be a simpler mod if you happen to be an experienced modder. If, like me, you’re just a fan of ogling mods, the idea of digging up even the simplest tutorials sounds hard. All art needs an audience anyway, and this simple, clean look definitely elevates the already-sleek PSP to a higher aesthetic. 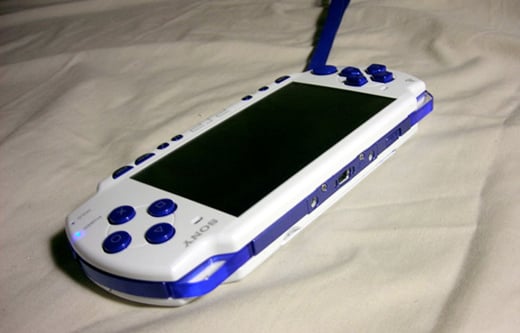 The added LEDs are sound-reactive, too, so this sleek, white PSP pulses out a pretty lightshow, as you can see in the video demonstration.