What better way to store your important files than inside the body a tiny little robot? 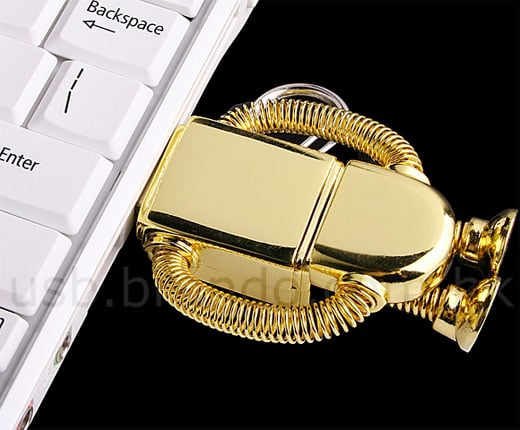 These USB flash drives sort of remind me of Futurama’s Bender Bending Rodriguez, what with their bendy metallic arms. But these robots won’t tell you to bite their shiny metal behinds. At least I don’t think they will… 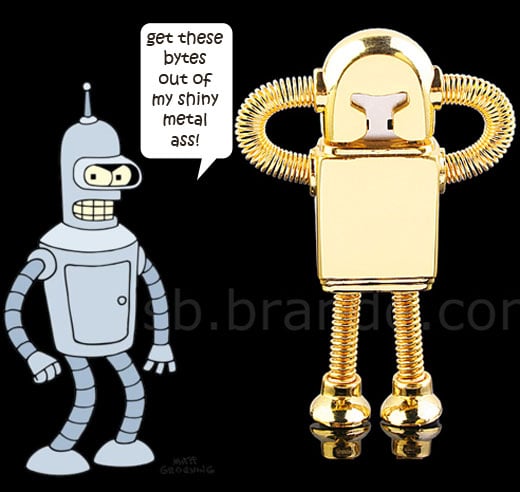 No siree, they won’t put up a stink at all when you pluck their heads off and jam them into your computers USB slot. Because that’s their primary mission objective – to store your data! 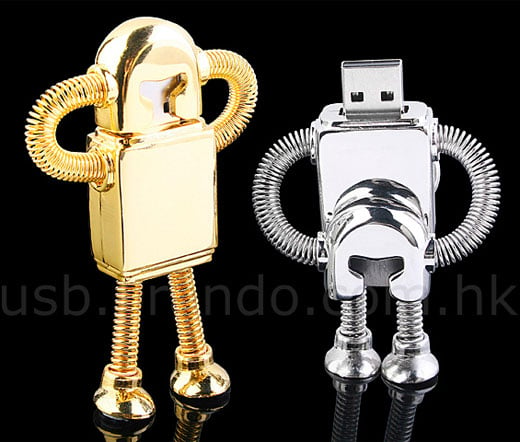 Each robot flash drive stores 8GB of information and comes with a handy keychain clip, so you can carry the little guy in your pocket wherever you go. Although this one looks more like he’s slacking off on the job when he’s hanging out on this guys keychain. 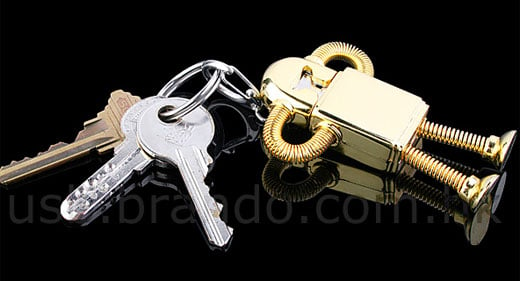 They’re available in both gold and silver finishes (FYI, I think they’re actually made out of plastic, not metal) for $34 (USD) each over at Brando HK.