Add Some E.T. to Your Ice Tea With the Ice Invaders Ice Tray

We’ve featured a bunch of oddly shaped ice trays before, and about a billion and three Space Invaders-themed gear, so I guess it was just a matter of time: presenting the Ice Invaders Space Alien Tray. The stupid critters have given up on invading your base and will settle for your drink instead. 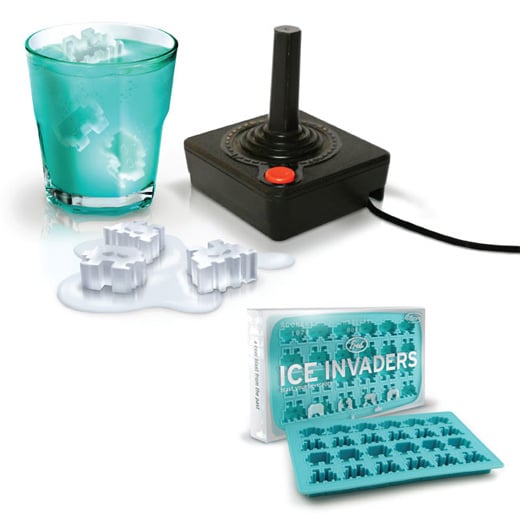 The tray features three different aliens and can make up to 24 invaders at once. You can get an Ice Invaders tray at Amazon for $8 USD. If you live in the UK it might be cheaper to get it from I Want One of Those; the base price is $8.31 but if you factor in shipping it might be cheaper overall.