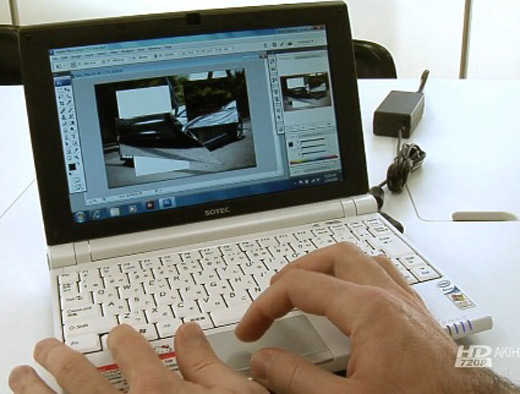 The netbook was able to provide decent performance, from normal web surfing while data was being transferred in the background, as well as opening 400 pictures in Bridge, and even editing in Photoshop CS3 despite the fact that the little guy only had a 1.6 Ghz Atom CPU, 1 Gb of RAM, and a couple of Hello Kitty stickers. Don’t believe me? See for yourself!

You can skip to 5:40 for the Bridge and Photoshop action, but if you watch the start of the video you’ll see that the set-up isn’t perfect; HD and Flash HD streaming videos are basically reduced to slideshows. Can’t have everything I guess. But still, the fact that Windows 7 beta runs perfectly well on such weak specs is really good news. I’ll be bootcamping 7 for sure. Unless of course Snow Leopard is better. I think Apple should capitalize on this kind of free publicity and have a 10.6 beta version released, even if it’s just closed beta.