How much of a Trekkie (or -er) are you? How far would you go? Roleplaying? Dressing up in costumes? Being fired into space in a photon torpedo casket? 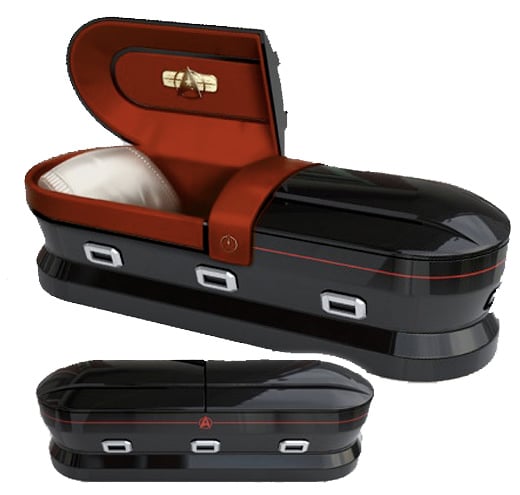 I’m not a Star Trek fan, but I must admit that the casket’s really decent; the logo is fairly small and the Photon Torpedo-inspired design is sleek. Still, it would be a bit weird to be buried in a theme casket. Nothing wrong with it though. But what if you want to be cremated, so that your spirit will immediately be released from it’s fleshy and bony and in my case skinny cage? Then the Trek urn might be for you: 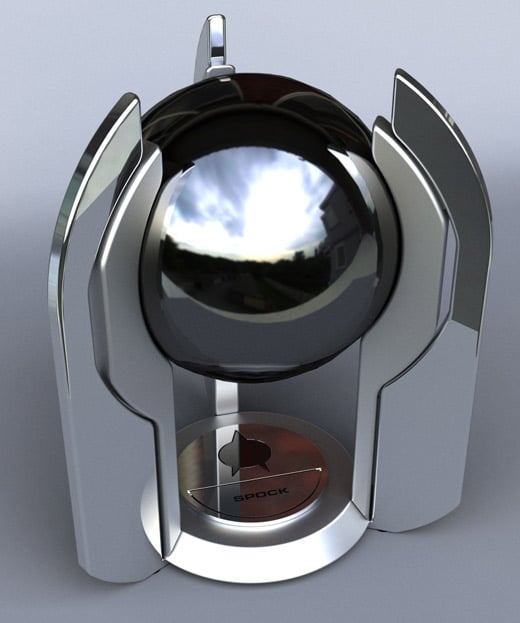 Mmm shiny. This one’s way geekier than the casket, that’s for sure, but still tasteful. I bet some Trekkie out there would be willing to buy this one just for decoration.

Both the casket and the urn will be available this year via Eternal Image. Price TBA.